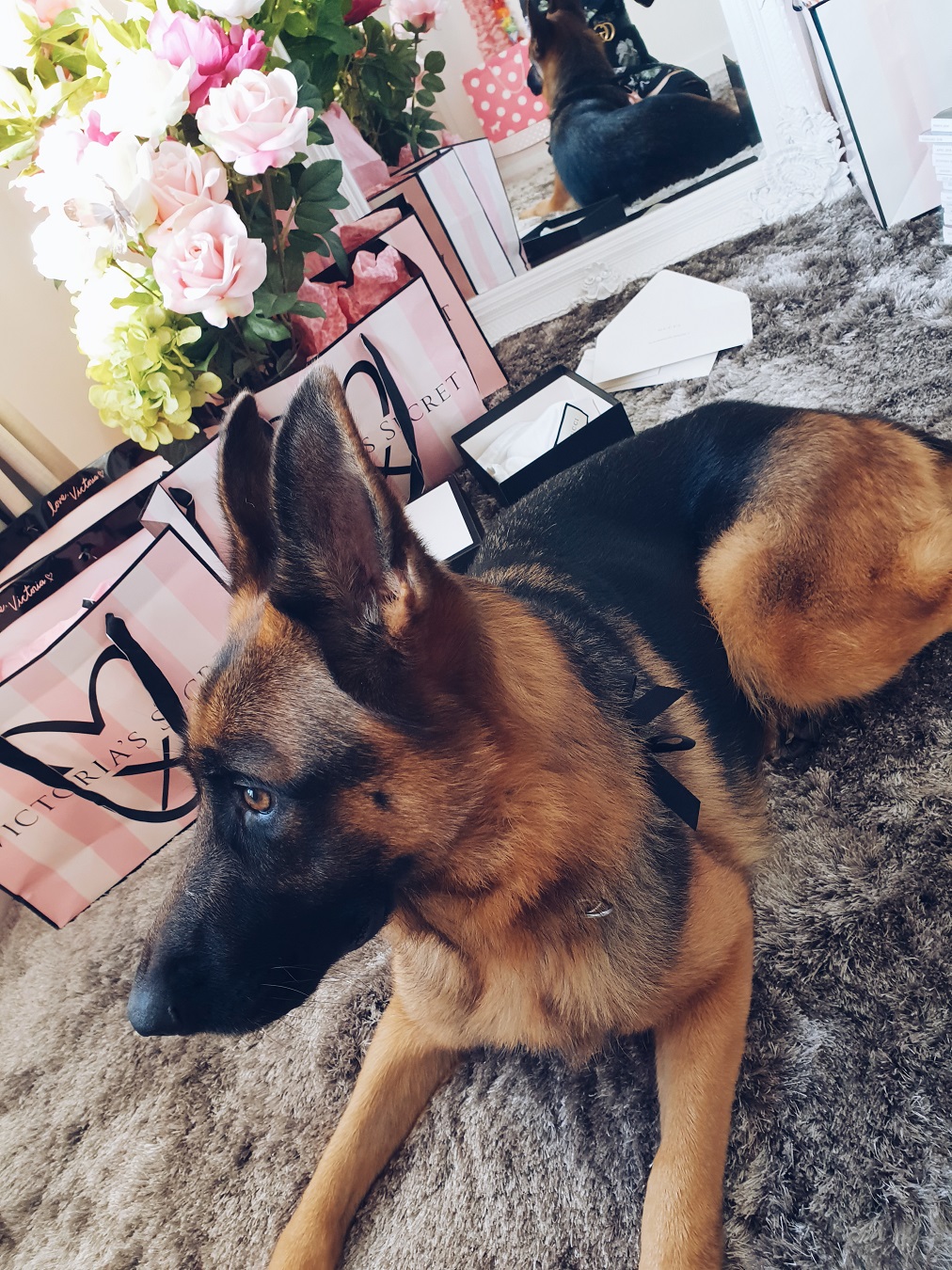 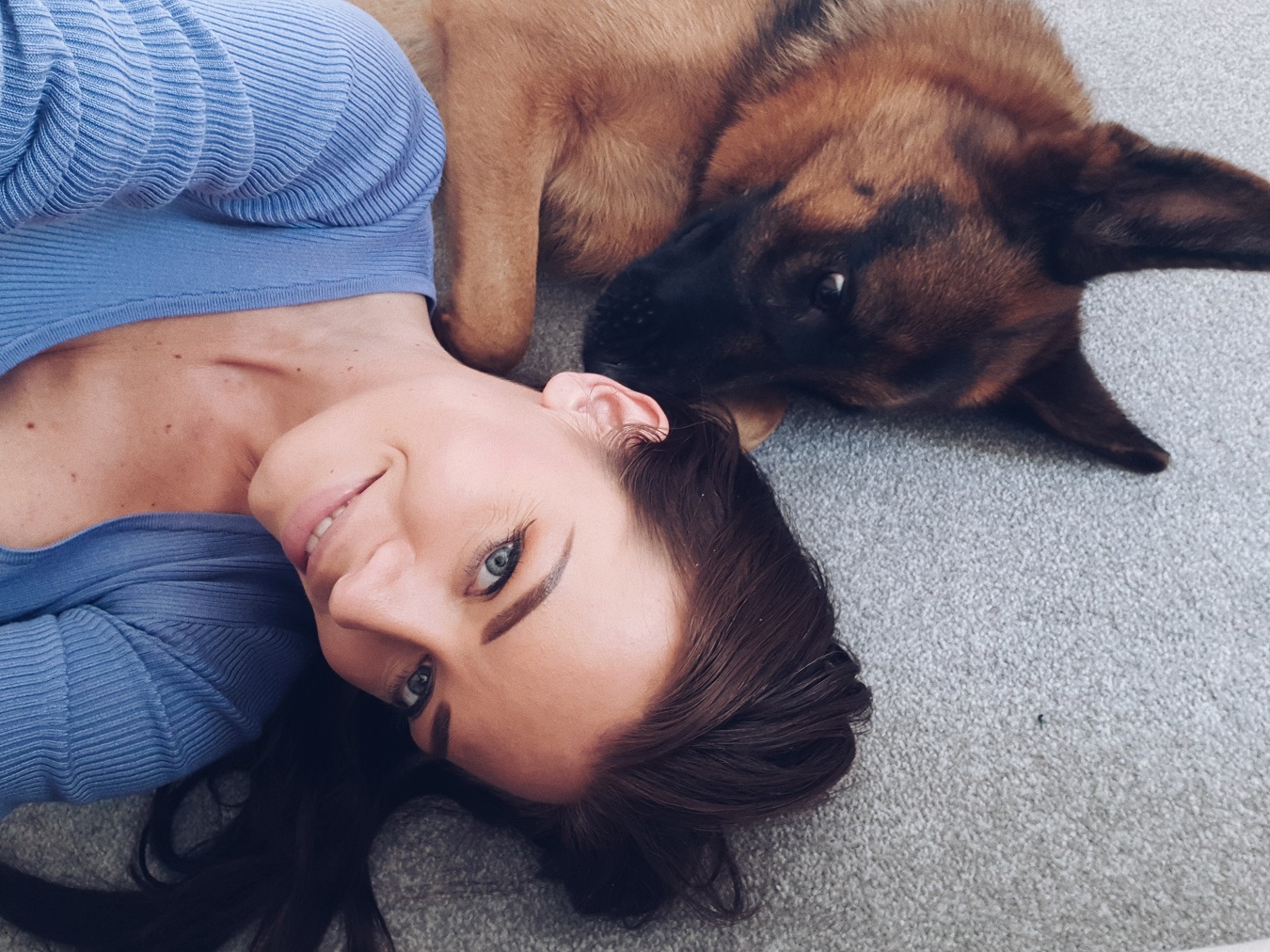 Princess Endiee is my German Shepherd, she is 3 years old now and has been with me for 1 year, so what did she do before and where did she came from?

Usually everyone asks us if she is a rescue dog, and I can’t say that she is (other than being rescued from becoming a working class babe  :P)

It all started with the usual, Mr B and me bouncing some ideas around. So for a while I wanted 2 things – Belgian Malinois and more interesting things to do in my everyday. With work and occasional travelling it wasn’t easy to just get a dog, because who would take care of it when we are away, in addition it’s also another expense, especially when things go wrong. For months I’ve been researching Malinois dogs and although they required lots of work and daily training I knew it is a dog for me. It’s super active and likes exercise. Months later I’m glad I got German Shepherd because on days I don’t feel like exercising, or the weather in UK is super bad, Princess Endiee is also fine with it, I don’t think Malinois would be 😉

I was thinking about volunteering at dog shelter which would allow me to have contact with many dogs, until one day I would get my own puppy. Mr B however found me a weekend job ad for ‘puppy boarding’, which involved being a puppy trainer and keeping the dog with you until it’s ready to work. Well, maybe it’s a bit like being a part time foster parent? From time to time there could be a rotation of various dogs that were in ‘school’. Like a boarding school for dogs. I though this sounds amazing, having a puppy for a bit, then having another puppy without the commitment, I could still go on holiday as dog would technically be someone else’s so it can stay at school. Then I could have a break for few months and get another puppy to train. Plus I would get to be more active and most importantly – LEARN NEW SKILL (psychology of dogs and basics of dog training), which is something  I absolutely love. 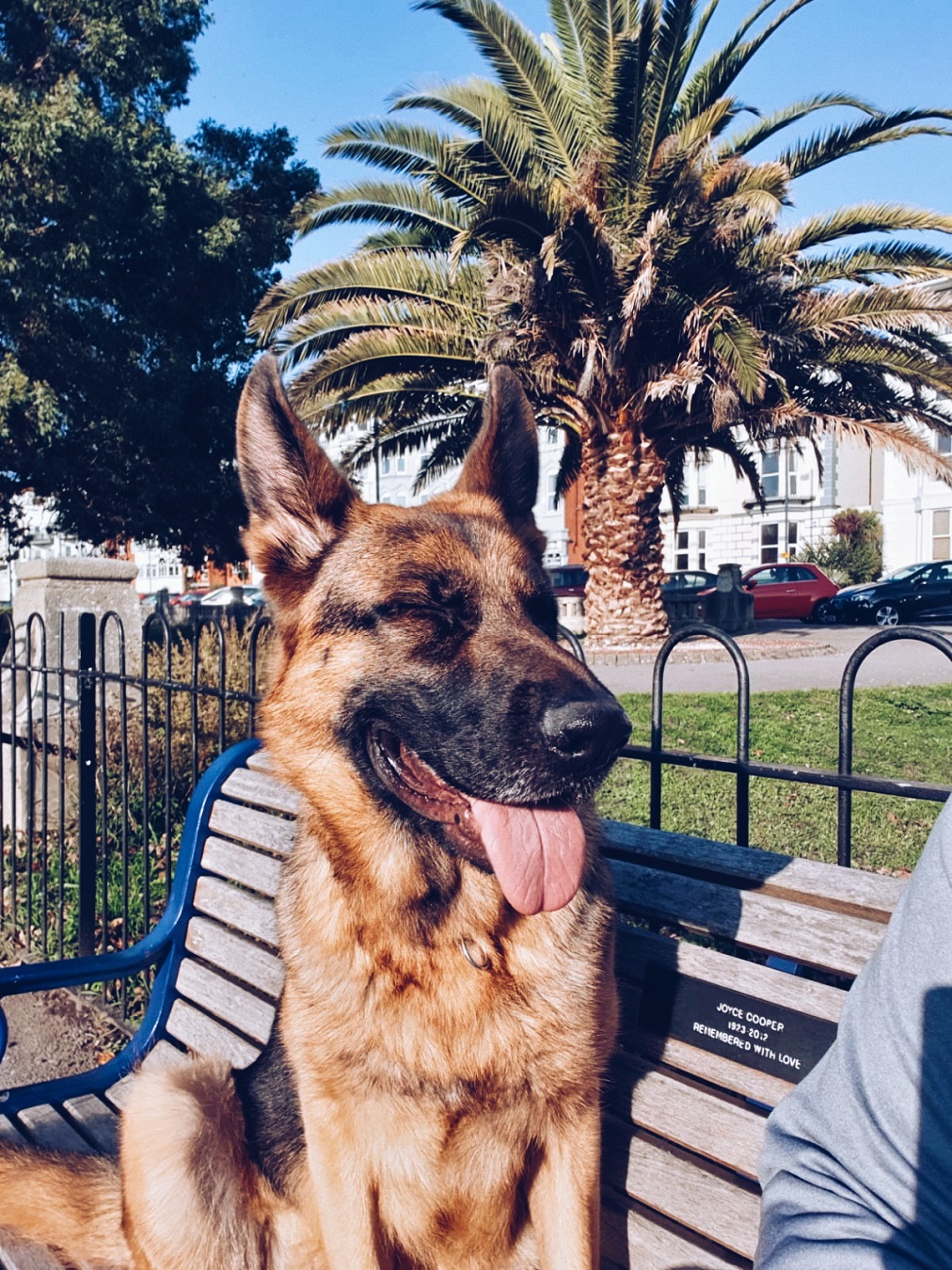 I came to the interview and got the job, next week I came again to choose the dogs, but I already knew the dogs are a bit older than puppies. There was a Malinois but someone already had her, so I said I want a German Shepherd and was surprised I got it on first day, but turned out the dog was so soft I could handle it 😀 It was Princess Endiee I later learned that she was a pedigree born in Serbia and raised in Hungary before coming to UK for training. Some dogs are of course from UK and they don’t come from that far away, I think there was a longer story to it! 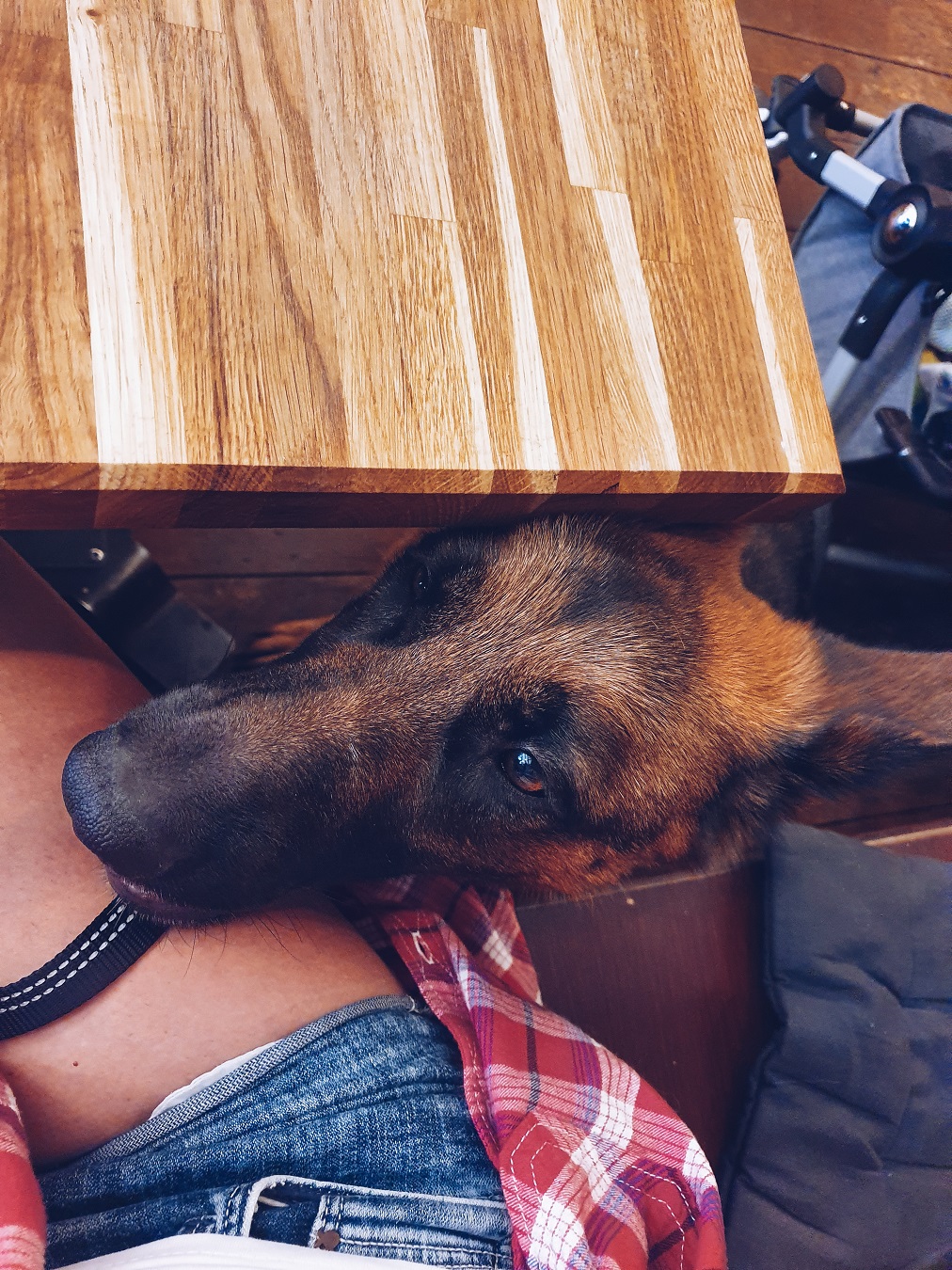 Last time I had my own dog full time was when I was around 10, so I didn’t remember what it is like. Every day we would pick Princess Endiee up from school after work spend evening and night with her and then drop her off to school for the day. Some evenings I would do the training with her. Then at weekends she would be 100% ours and had couple of hours of training. Although she was an extremely shy dog, scared of everything, with big sad eyes, she brought lots of sunshine to our life straight away. And every day we loved her more and more. So how could you give away someone who you start to love and get attached to? Within less than a full month, there were potential buyers looking at her. We thought she is months away from being fully trained, but didn’t think that she can be chosen ‘in advance’ and that soon. So long story short, we bought her ourselves! 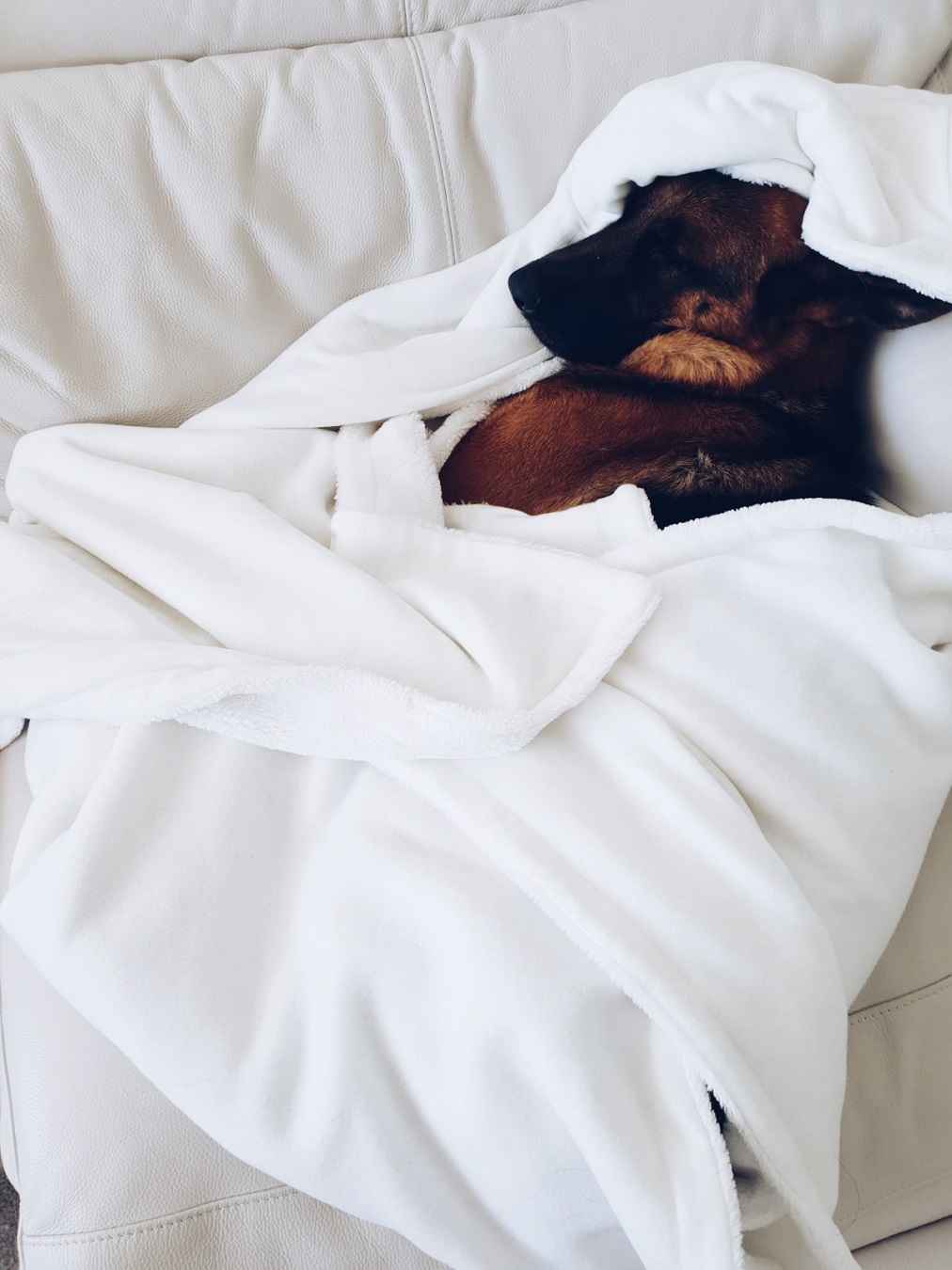 Continue reading about this little adventure in the next post – what really happens when dogs are trained!

And before you go here are some more pics of Indie travelling and doing stuff, more than pics she doesn’t like baths, oops! My friend said that being my dog she should be able to take selfies by now, but it’s not yet happening. I thin she makes dramatic face sometimes when I try to take photo.

Not enjoying the bath… 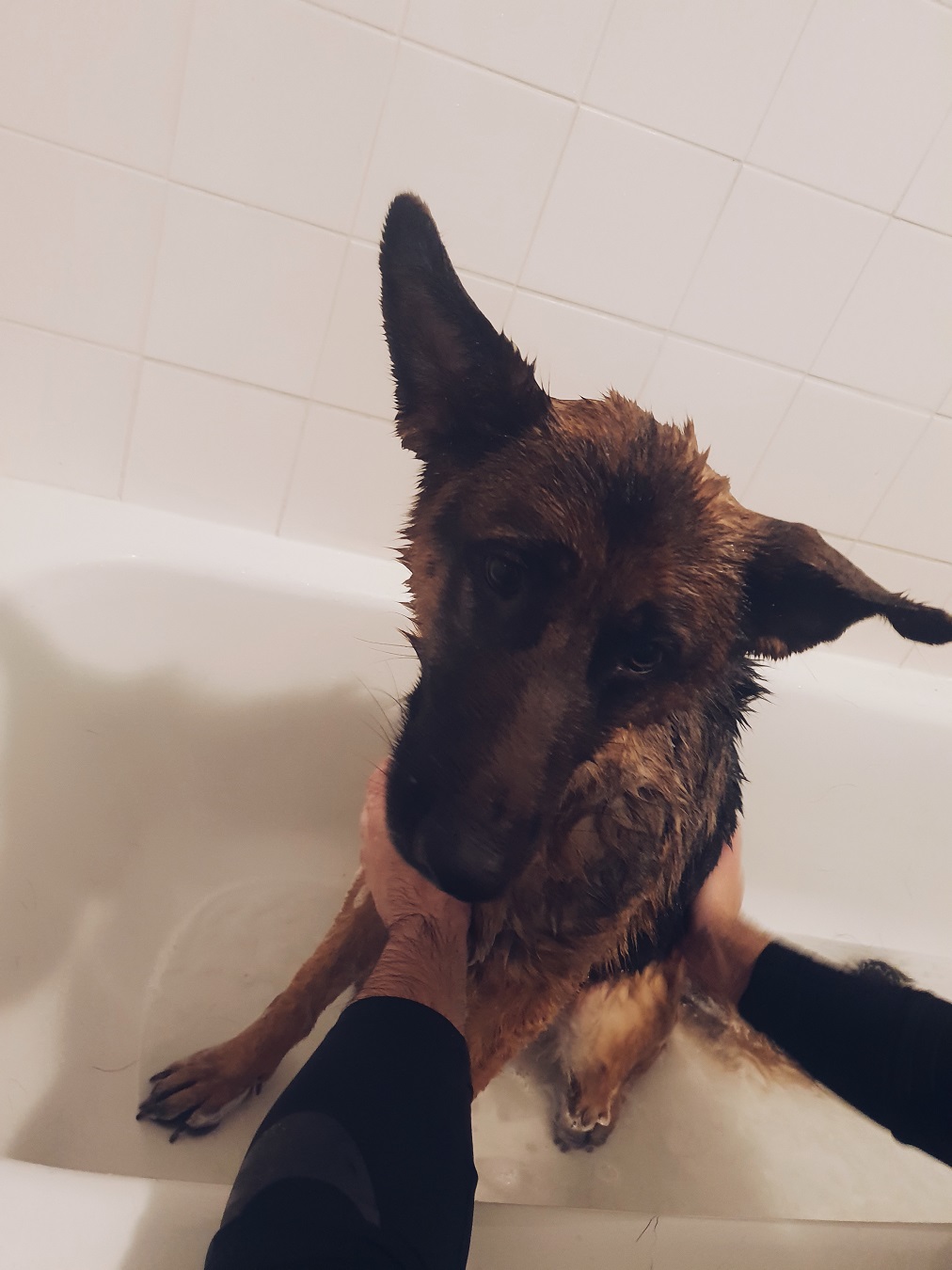 Paris was OK but can we go now mommy? She also puked there as maybe wasn’t feeling well after drive from Poland… But she enjoyed chasing Parisian birds. 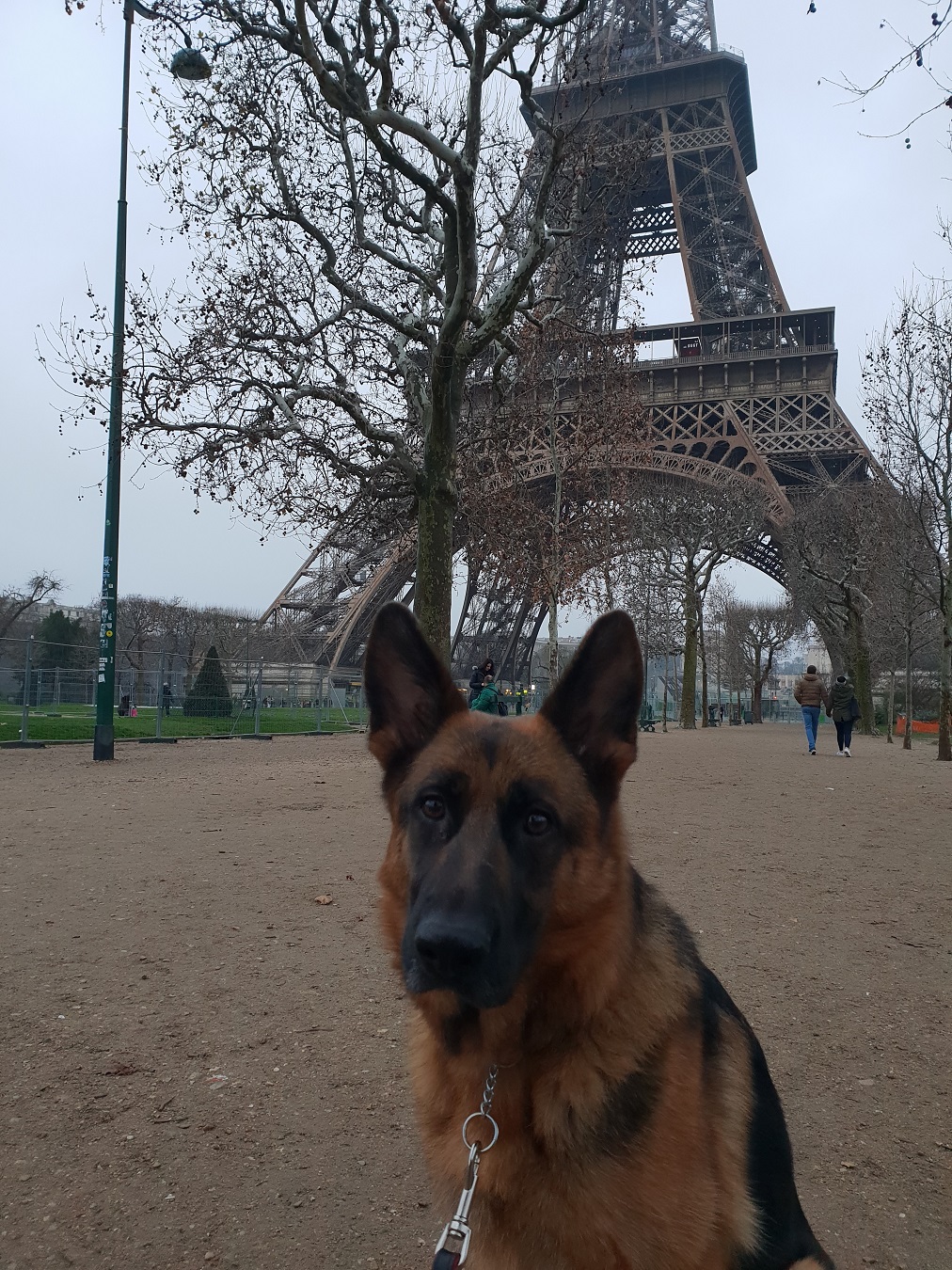 That’s how she travels and she likes it! 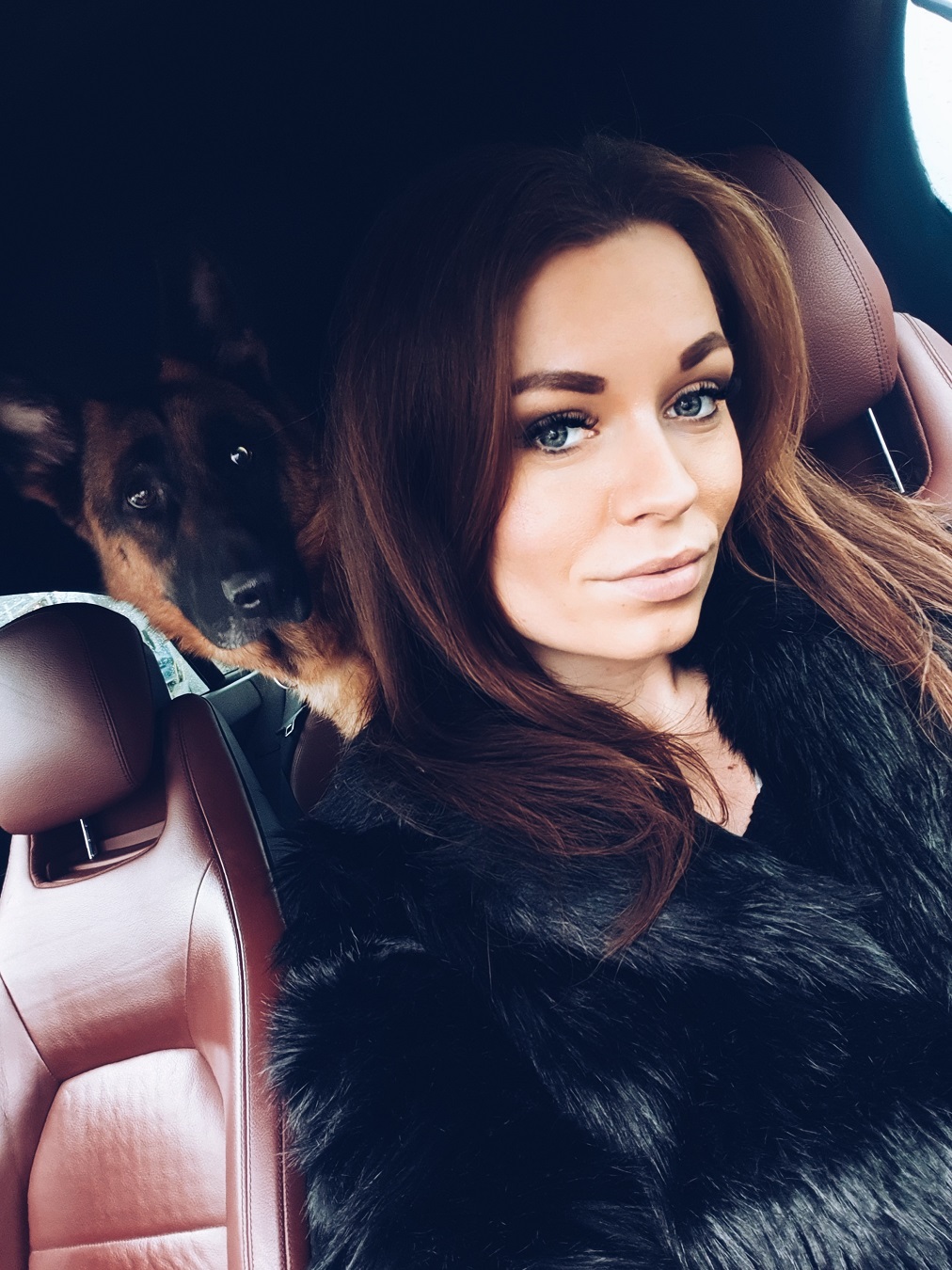 Stop for coffee in Paris, she wasn’t allowed in boo… 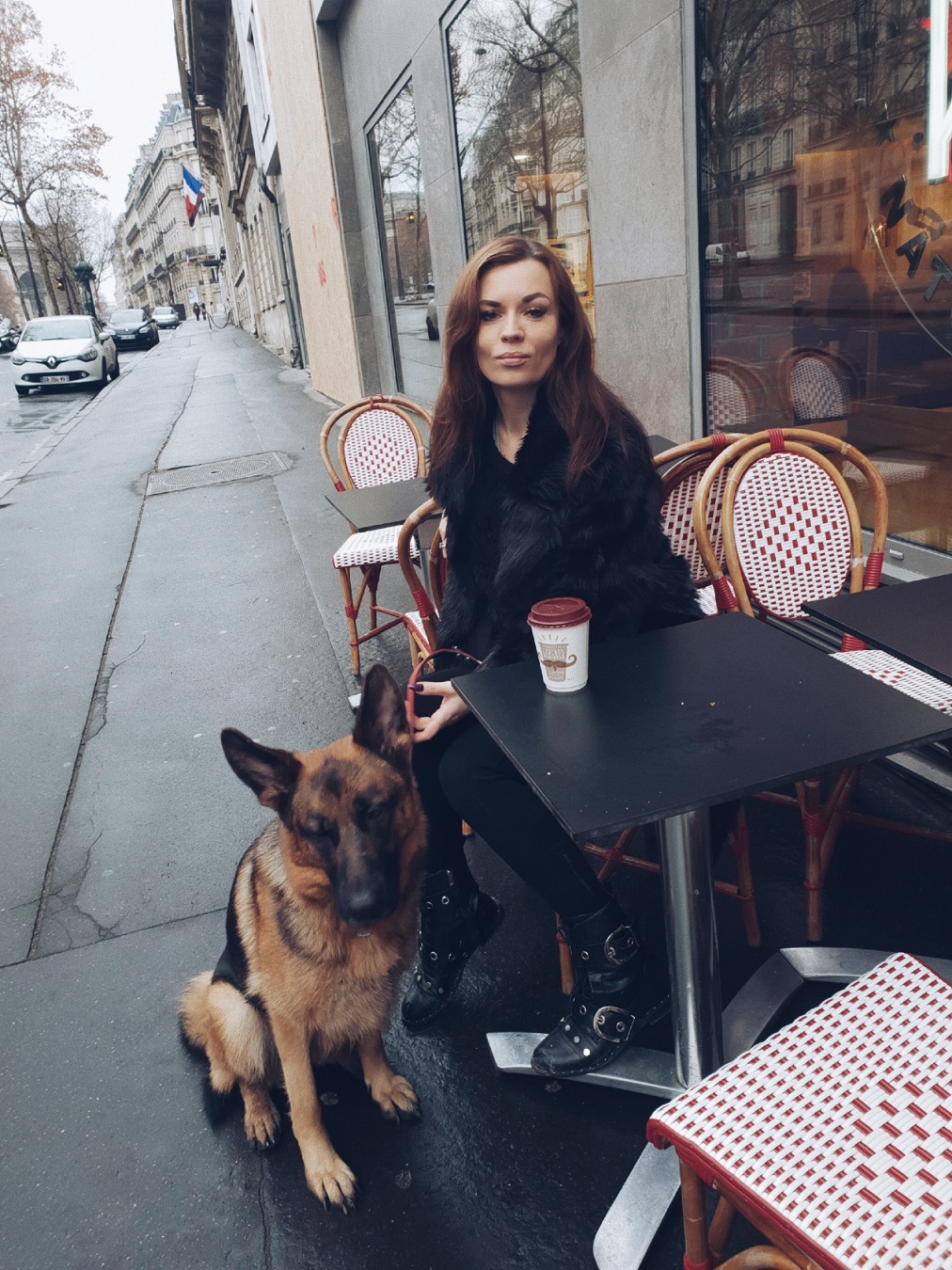 Meeting the horse, I think for the first time as she was very excited and got kicked by a different one later. Really surprised they didn’t approve sniffing from behind, oh well! 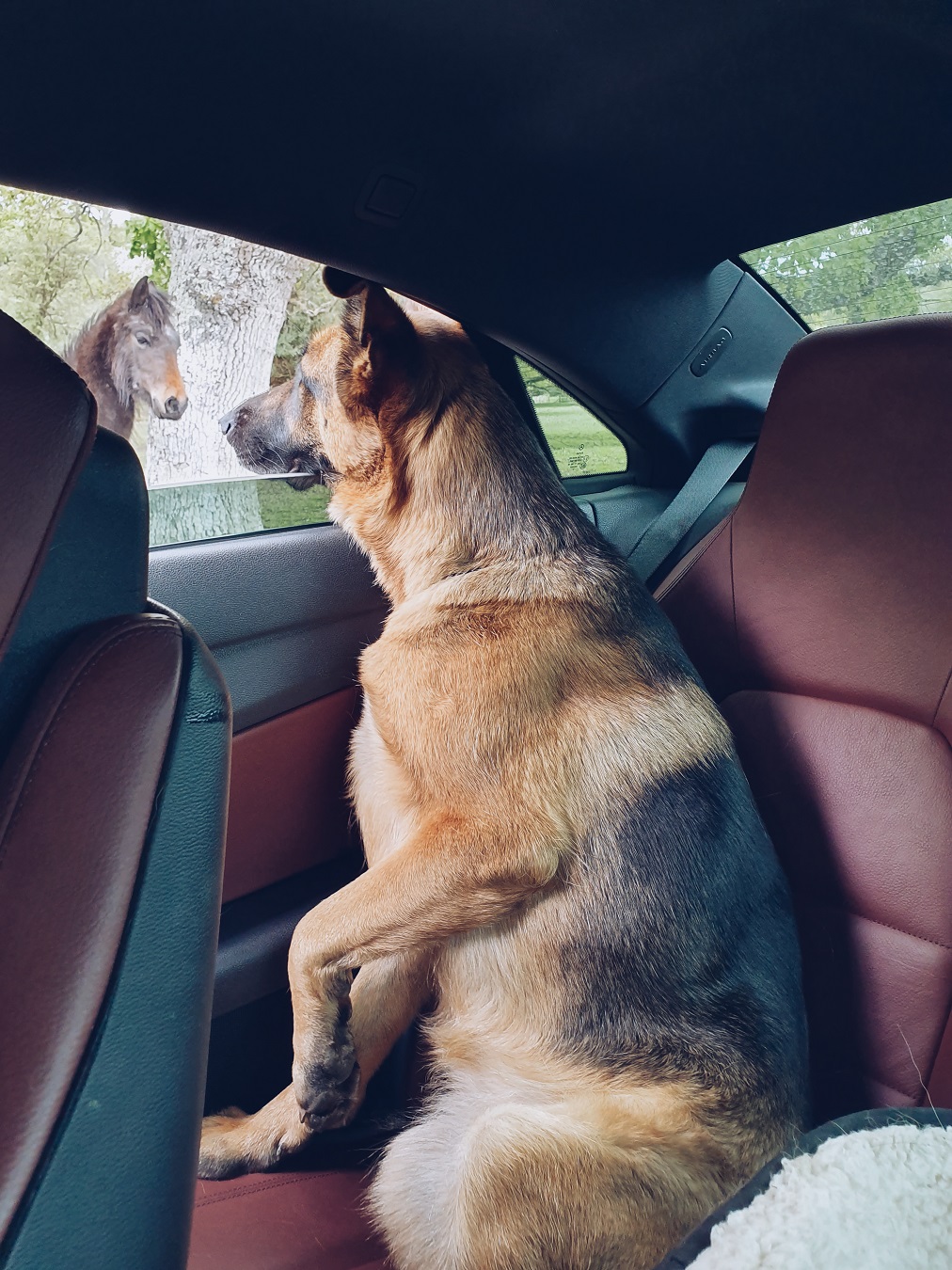 Princess Endiee being a Princess…

Family pic with Mr B, few seconds before hitting me with her nose (I think she was running in her sleep). 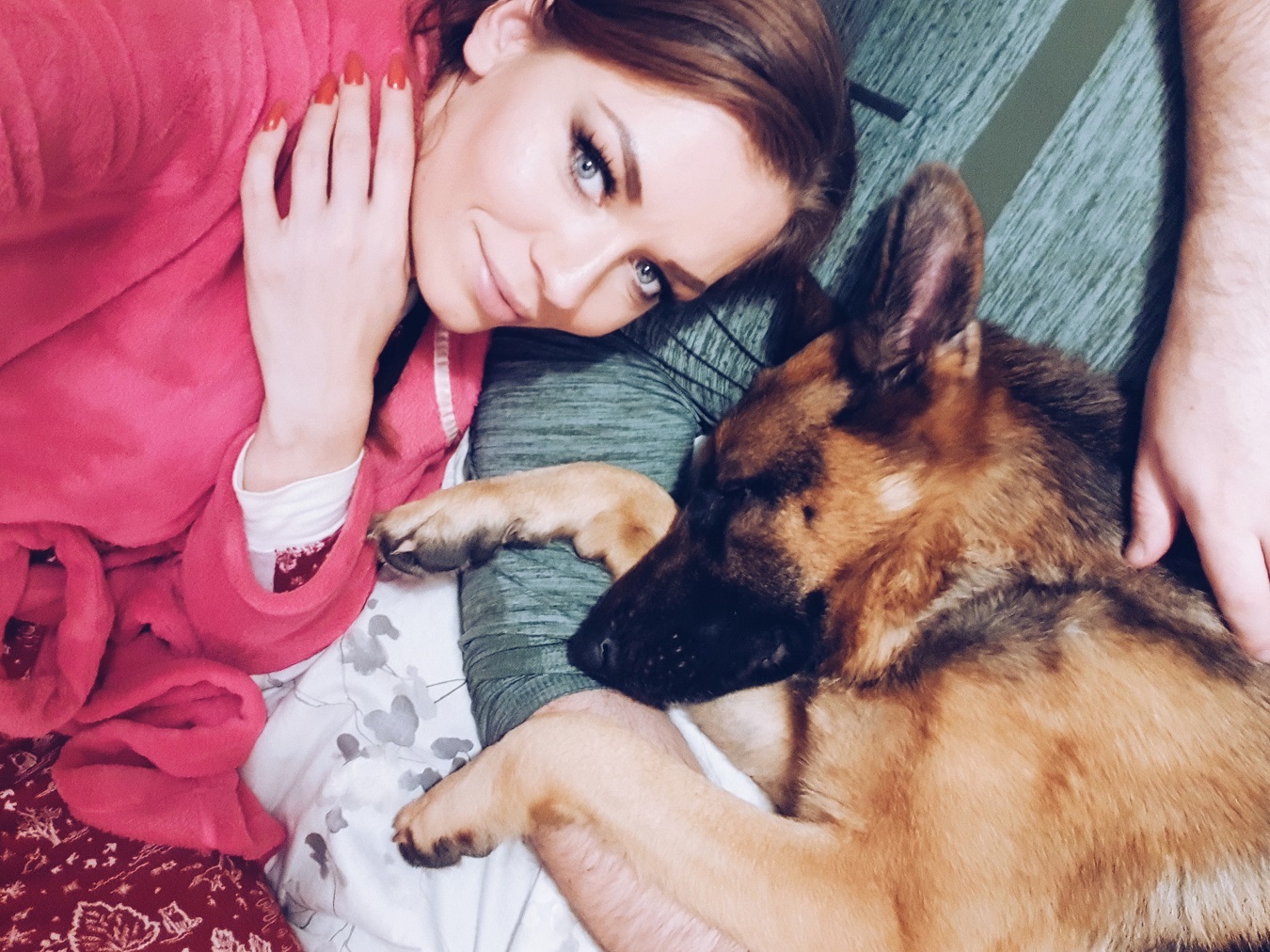