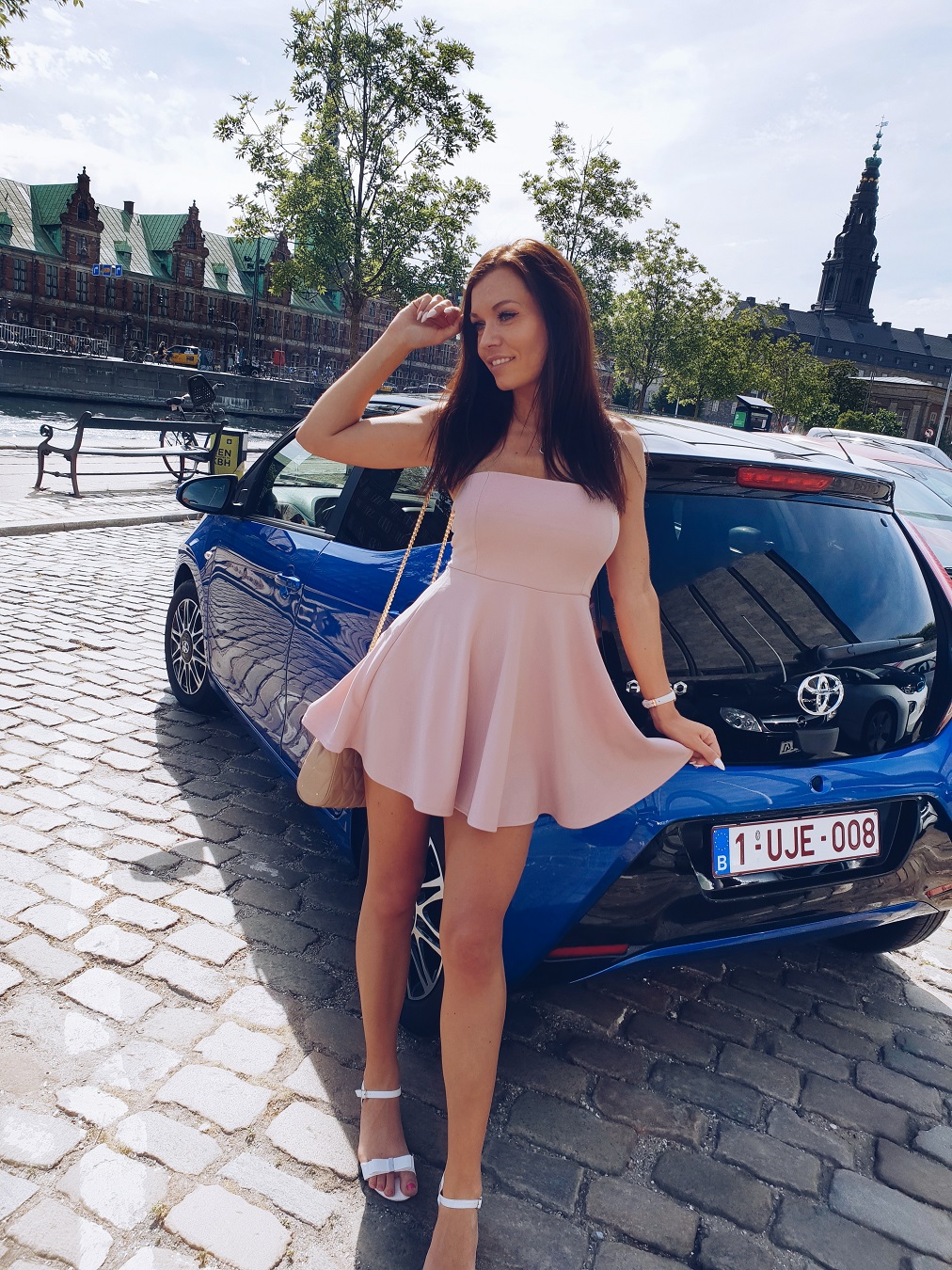 Mr B and I were invited by Toyota to test the little Toyota Aygo in Copenhagen, Denmark. Aygo model had a new upgrade so we thought why not! It was a perfect city break, as you can see from my previous post we had to most stunning weather possible.

When we arrived to Copenhagen we first had a reception and a presentation of Toyota Aygo spec, next days were followed by sightseeing the city in the car. There were other fashion bloggers with us, and each of us got one of the ‘little’ Aygos. There were mostly girls, so we didn’t care about the engine but what colour are we gonna get? There were 4, and I really wanted to get the magenta one! (I think everyone did). I actually got the blue one, but it was OK as blue one was the high-grade one 😛

I decided I will be the driver, and that lasted perhaps 10 minutes as men like to be in control, right? And one little thing to note is that in UK there is left hand drive and Copenhagen is like most other countries and has right hand drive. So my driving was not so great, and Mr B was panicking so much that I let him drive. I could then focus more on sightseeing, taking pics and having fun with Aygo’s multimedia touch screen (it was easy and fun to use as can be connected to the smartphone). Also Mr B actually fit in the car! Lol … he is quite tall and has big shoulders 😀 but the car is not so tiny inside as it may look, I would say it’s quite spacious and it would at least fit my luggage in the booth, because I usually have lots of clothes, that’s what I mean.

Driving, parking and navigating the car was easy. We were going round the city mostly in groups, our group i.e. all x-clusiv cars went on the boat cruise, to the beach, the see the queen’s palace, for a 7-course meal (!). Ended the day with cocktails and then walked back to the hotel 😉 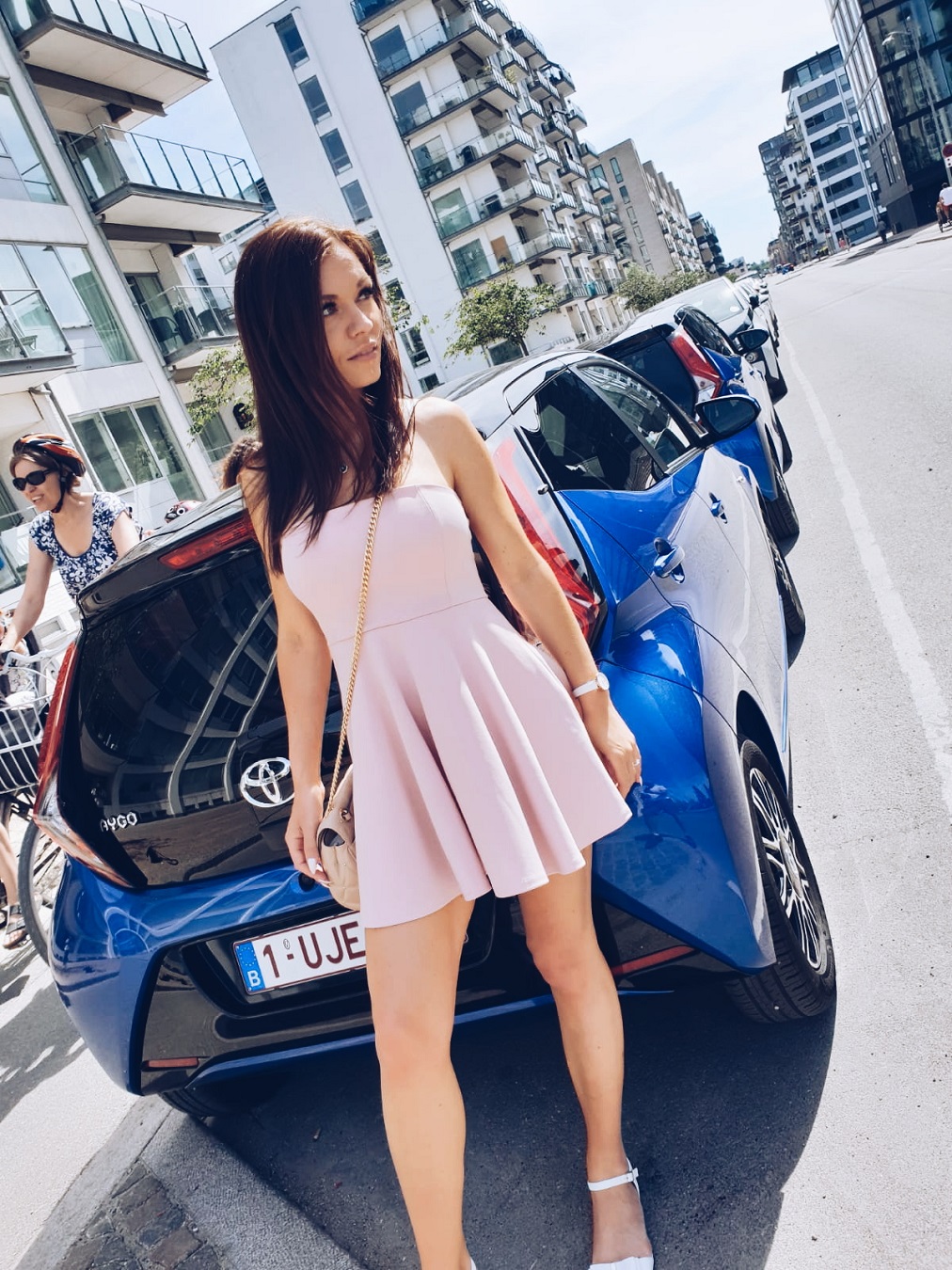 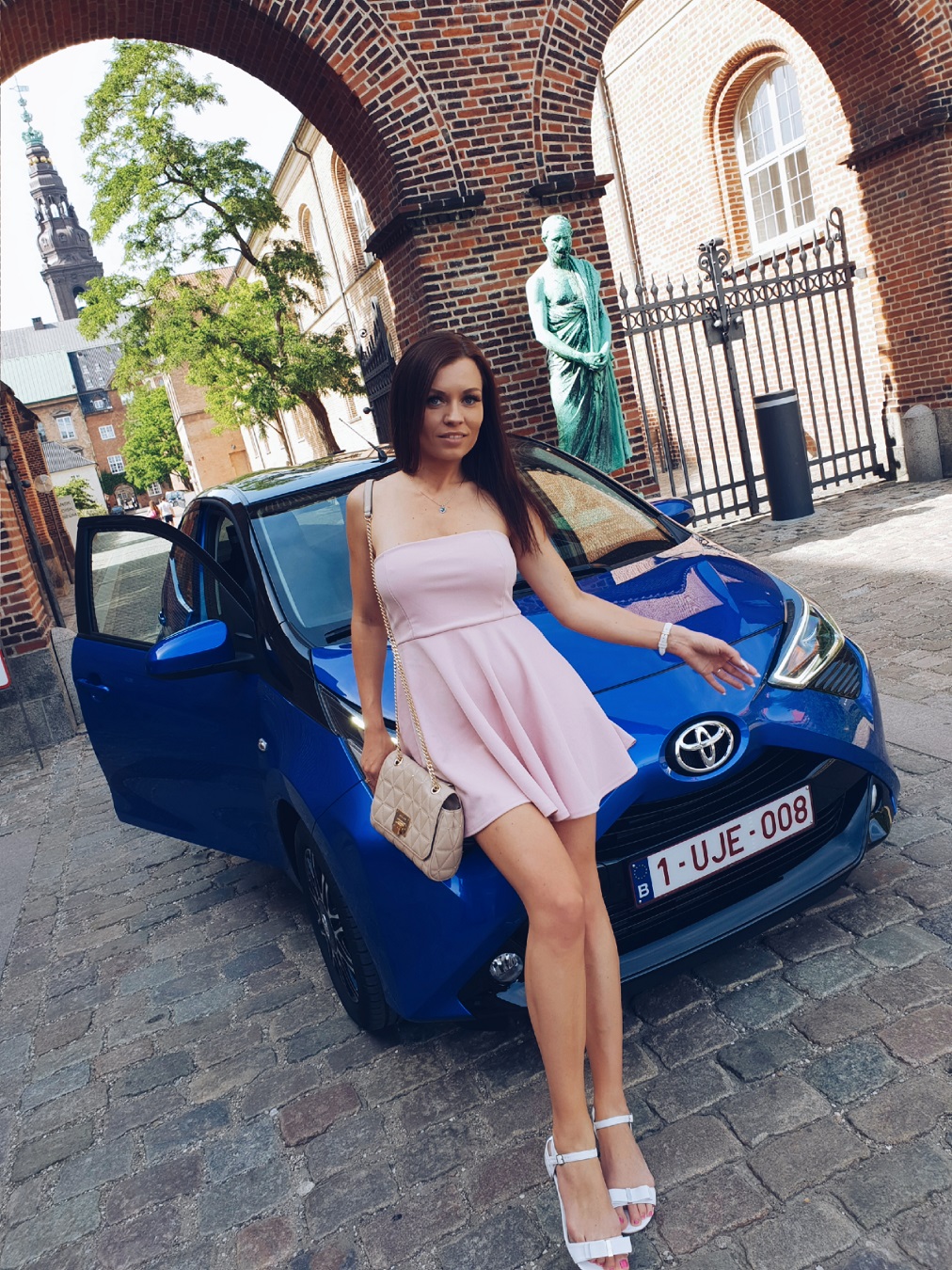 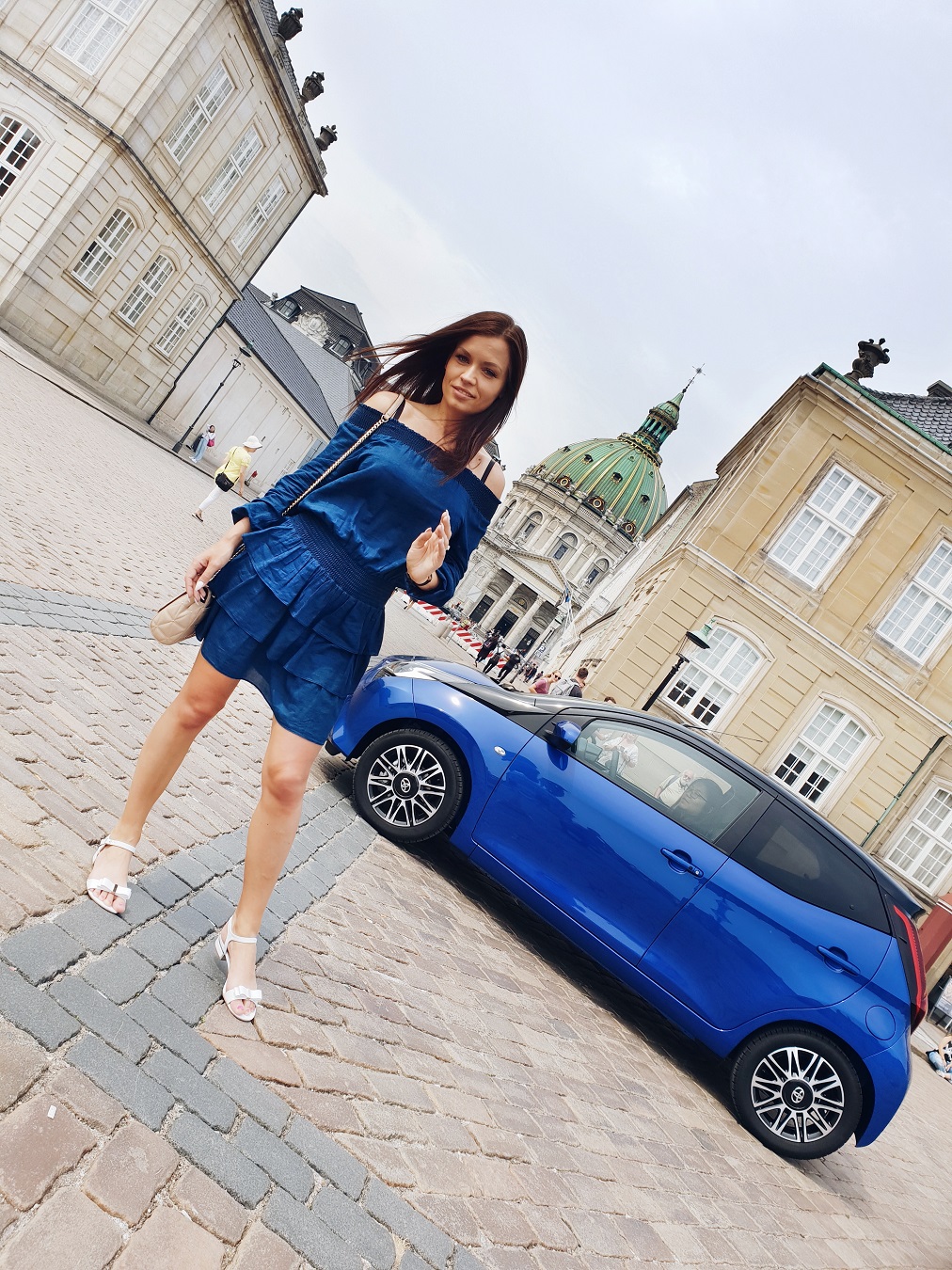 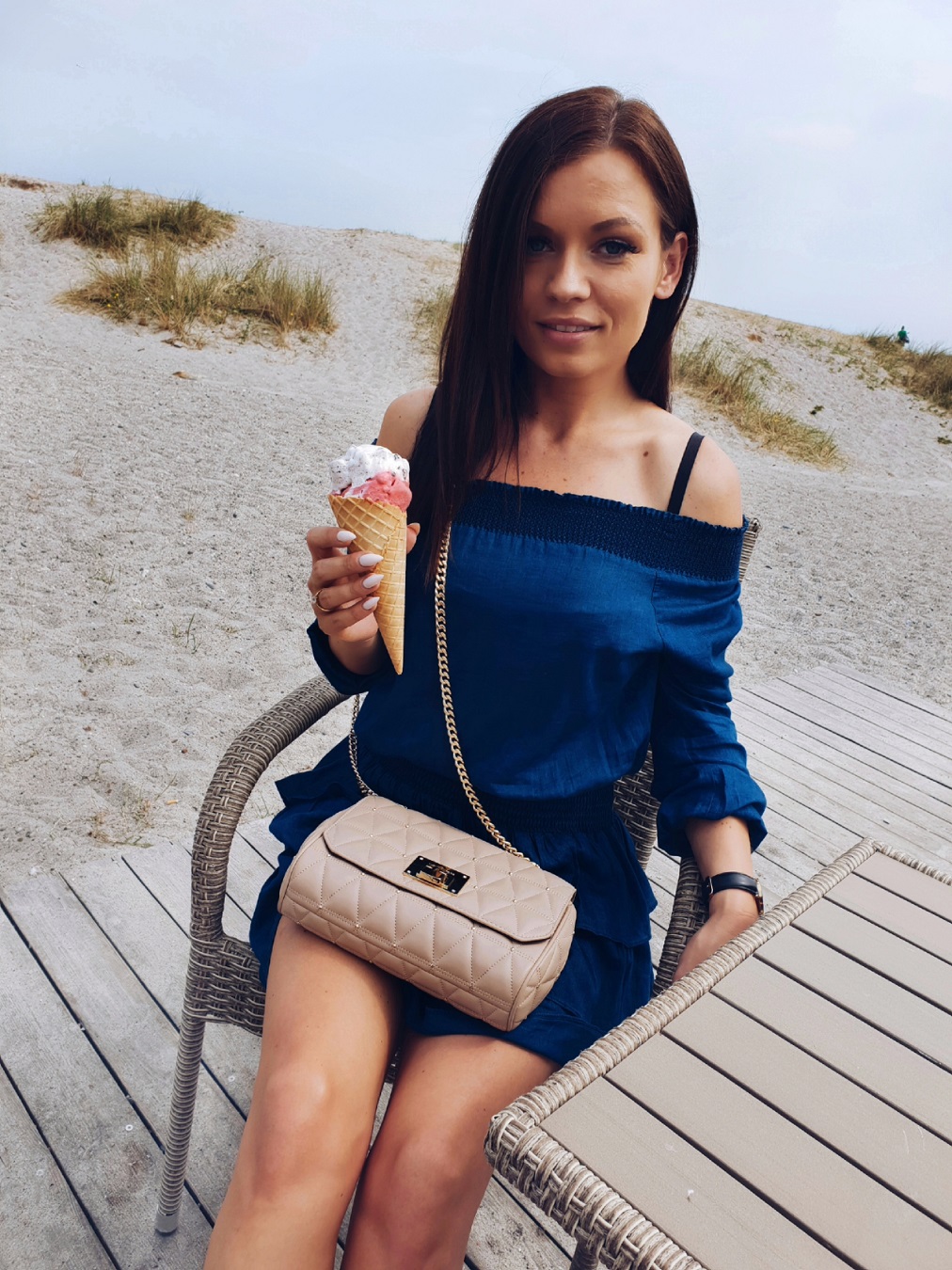 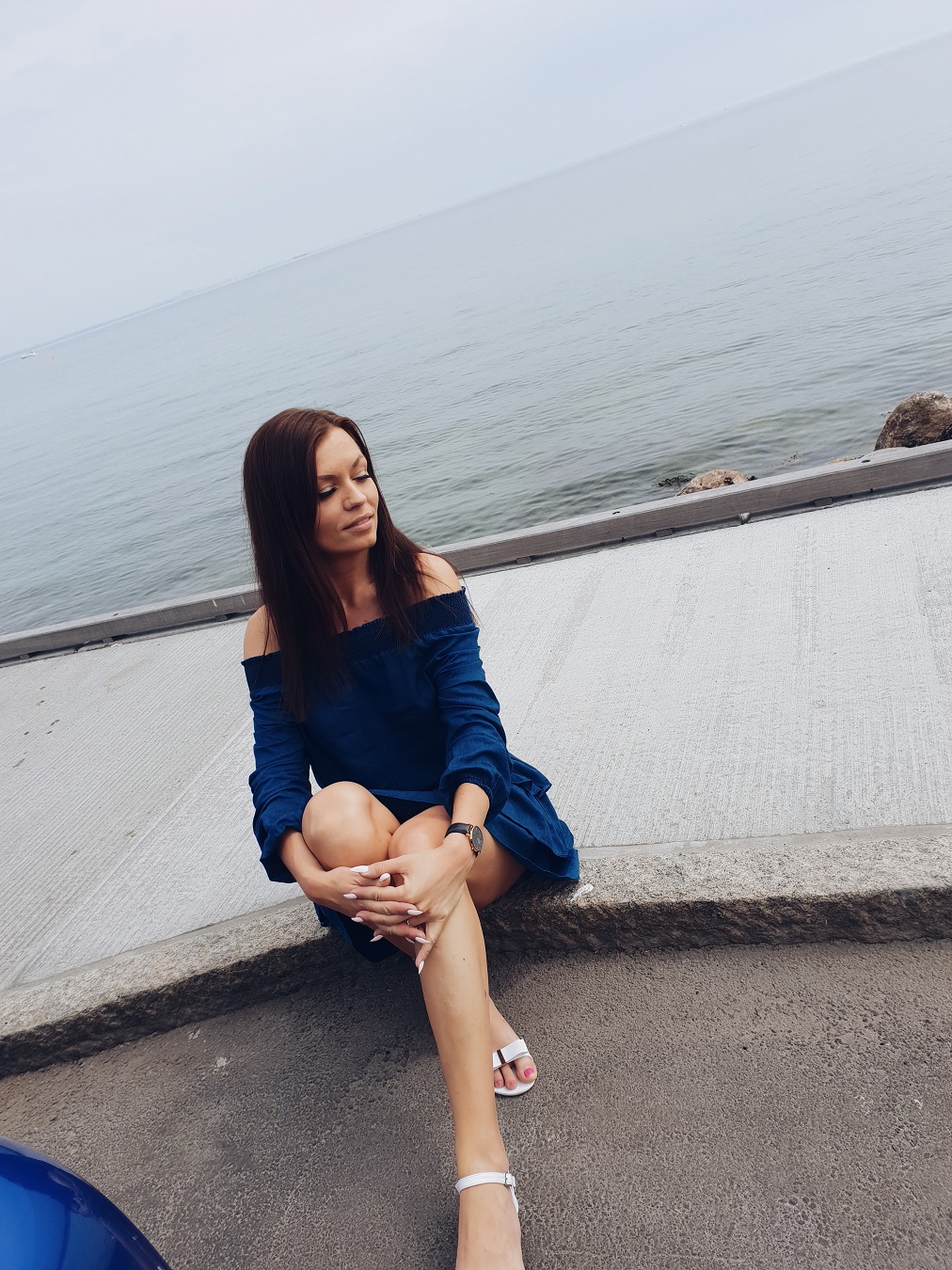