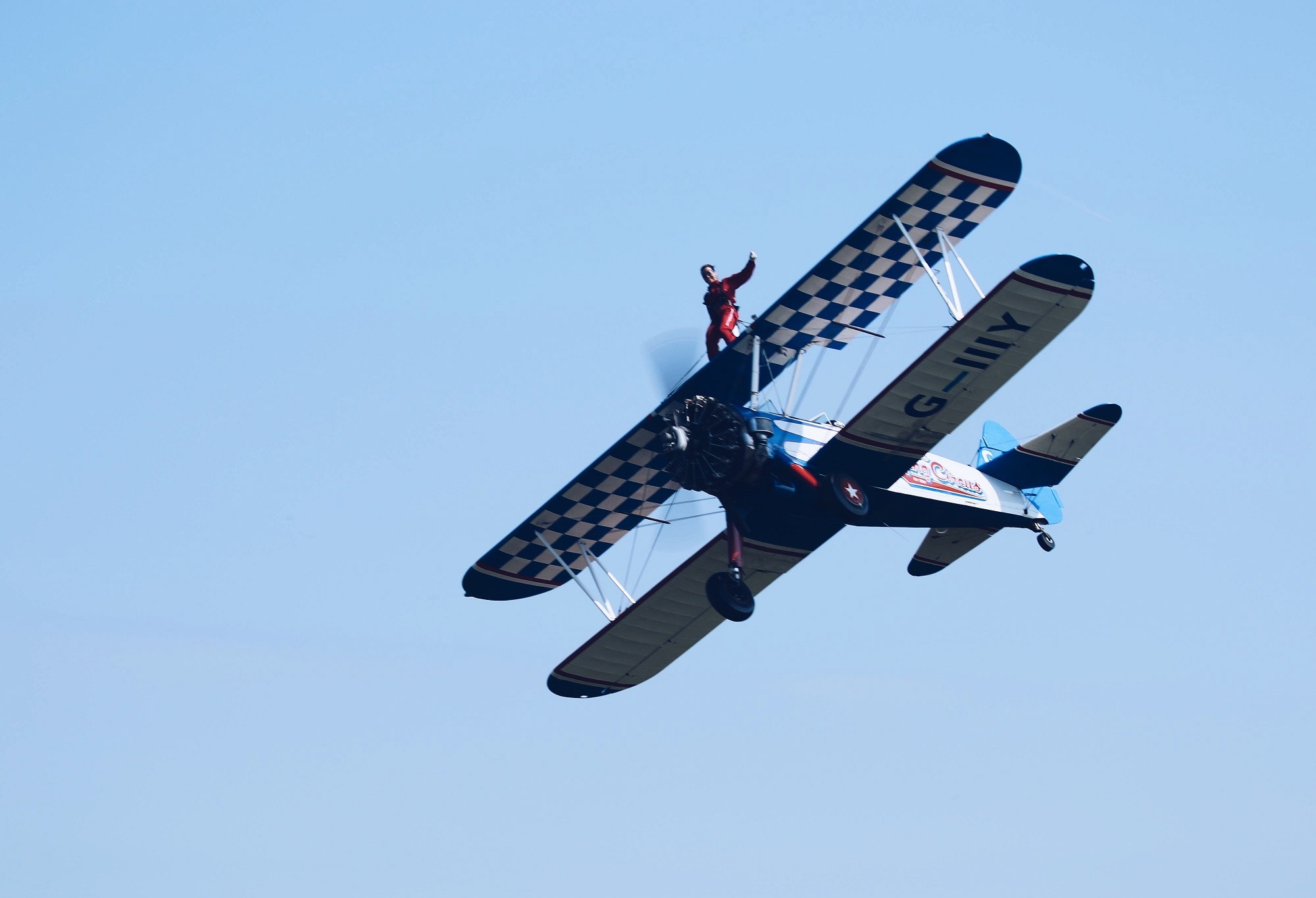 Wing Walking on the vintage biplane 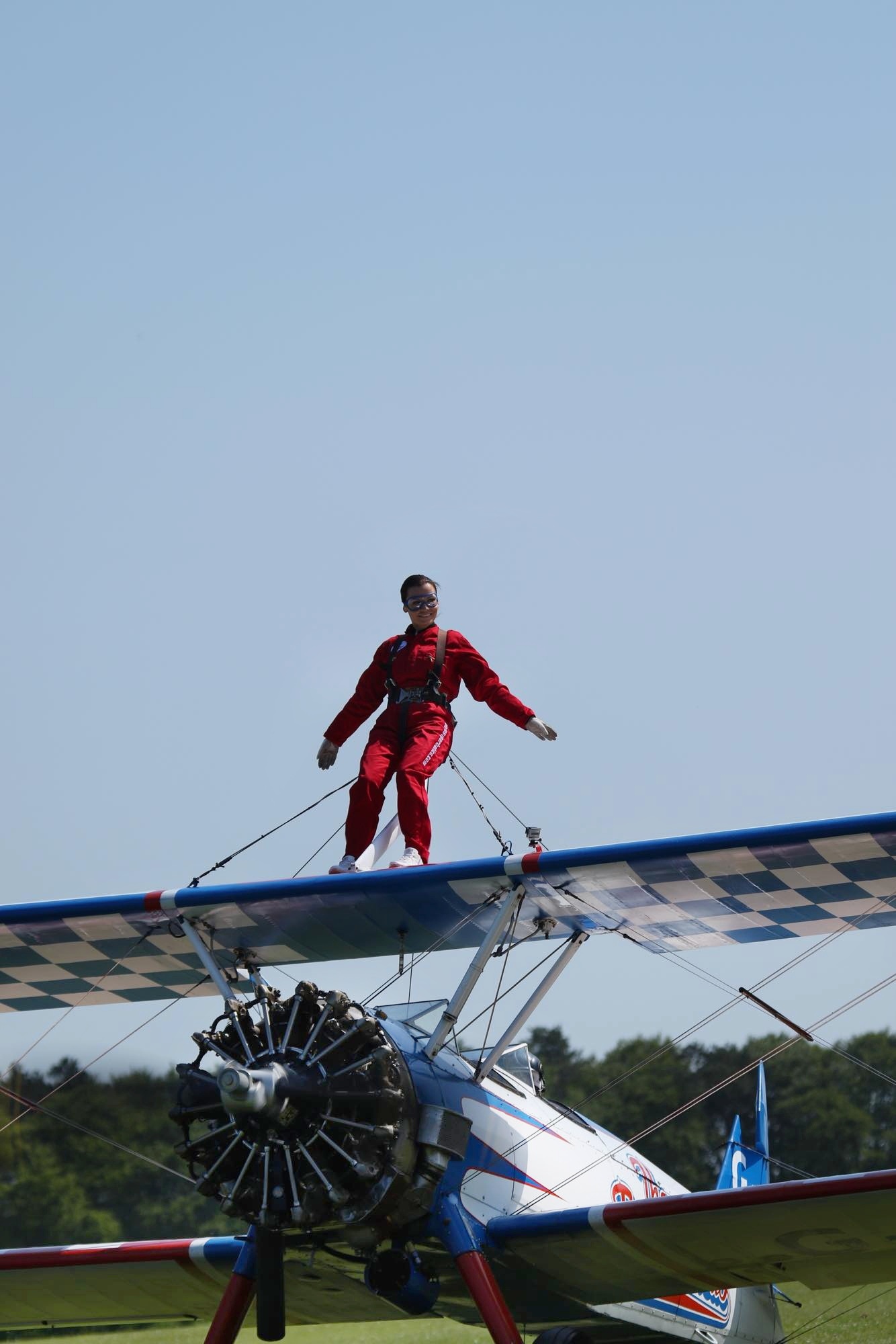 Hey, this is me on the top of the biplane. When I first heard of wing walking my initial thoughts were it looks pretty cool, pretty scary and pretty crazy! I mean, so when the plane crashes you hit the tree first and don’t really get the chance to jump off, as of course you are strapped to the plane (and not that jumping off would help)? This was the first thing that came to my mind. But long story short, I HAD to do it, so I have decided to take part in the charity event that was coming up in May. Professional air show wing walkers climb out of the cockpit onto the wings to perform stunts in front of the audience. For example handstands and note that the speed of plane can be around 150mph. And because I’m not professional wing walker, I didn’t have to do the hand stand, yay! Do I have to add that even climbing out of my bed onto the carpet and doing the hand stand would not be possible? 😛

Ok let me bring the wing walking experience to you step by step.

Where: It is organised by Aerosupebatics, in Cirencester, UK.

How: You are given safety briefing, a last chance to back off if you change your mind, a warm jumpsuit (it’s super extra mega windy and cold up there on the wings) and goggles. Then you need to climb up on the top of the plane, ensuring you don’t step on  the wing (it’s thin and you will go right through it), there is just a small patch you can step onto, you also have to be careful not to break the tiny windscreen while you are climbing up. Once you are on the top there is a little seat that you lean on and a super girl from Aerobatics straps your waist very firmly to the seat (me simplifying).

Safety: She also shows you how to release the safety pin from the ‘straps’ in case of emergency. This wasn’t easy to do with my long nails, but as it was important I remembered well what needs to be done. The emergency thing may for example be a fire before the plane takes off, so it is good to know how to get down quickly on your own. Also in case you don’t like the experience the thumbs down is a sign for the pilot to land. So finally you put the goggles on, Aerosuperbatics super girl gives you the ear plugs and off you go. Point to note they have 100% safety record.

Engine starts: At this moment the heart starts to speed up and you feel a bit ‘on your own’, this may also be due to the fact your senses are distracted by the goggles and earplugs so you feel distant from everything around you, a bit like when you are under the water. The pilot the drives the plane to the side and you get approx. 30 seconds of waiting and then suddenly the plane speeds up on the straight lane, takes off and voila you are up in the air flying like a bird and ‘wing walking’. And I would describe the feeling to just this – feeling light and free like a bird, rather than the rollercoaster feeling. For the first timers pilot won’t do any crazy acrobatics such as loops, stalling the engine or flying up side down, so you can feel ‘safe’, but in my case – I can not wait for the second time ha ha!

What does it feel like: The wing walking lasts about 10 minutes and you get to see the fields in the area, feel the pressure of the wind on your face and even legs too, perhaps get hit by some bugs and smell the flowers (well I did!). You can also try to do big waves with your arms to the ones watching the show however you will be surprised how the wind will be getting in the way 😀 Just before you land the pilot does a little plane-wave and flies up and then ‘sharp’ down (this feels more like a rollercoaster), and then lands near the cheering crowd.

How do you feel afterwards? There were approx. 15 people on the day and each said the same thing: I will definitely do it again! And myself, I felt that I could do it for hours! After doing something that is so ‘out of box’ your confidence to do normal stuff increases, you feel more alert and motivated as suddenly you feel ‘If I can fly, what else can I do?’.

Preparing for the wing walk, you can see the camera on the wing too! 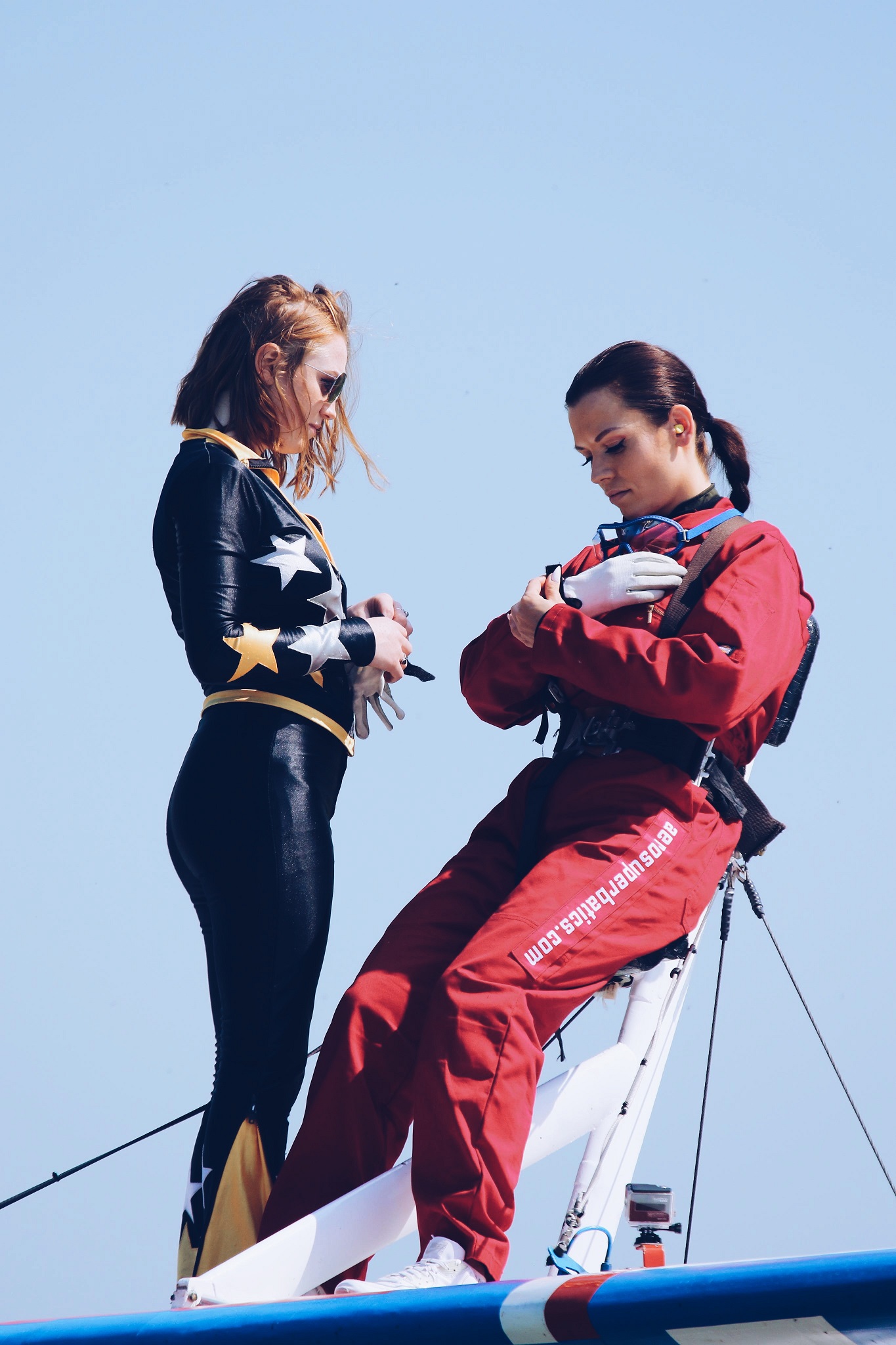 This is the moment when you feel on your own, and what is going through your head may vary but for me it was ‘okay we are doing this!’ and ‘what shall I do with my hands?’. 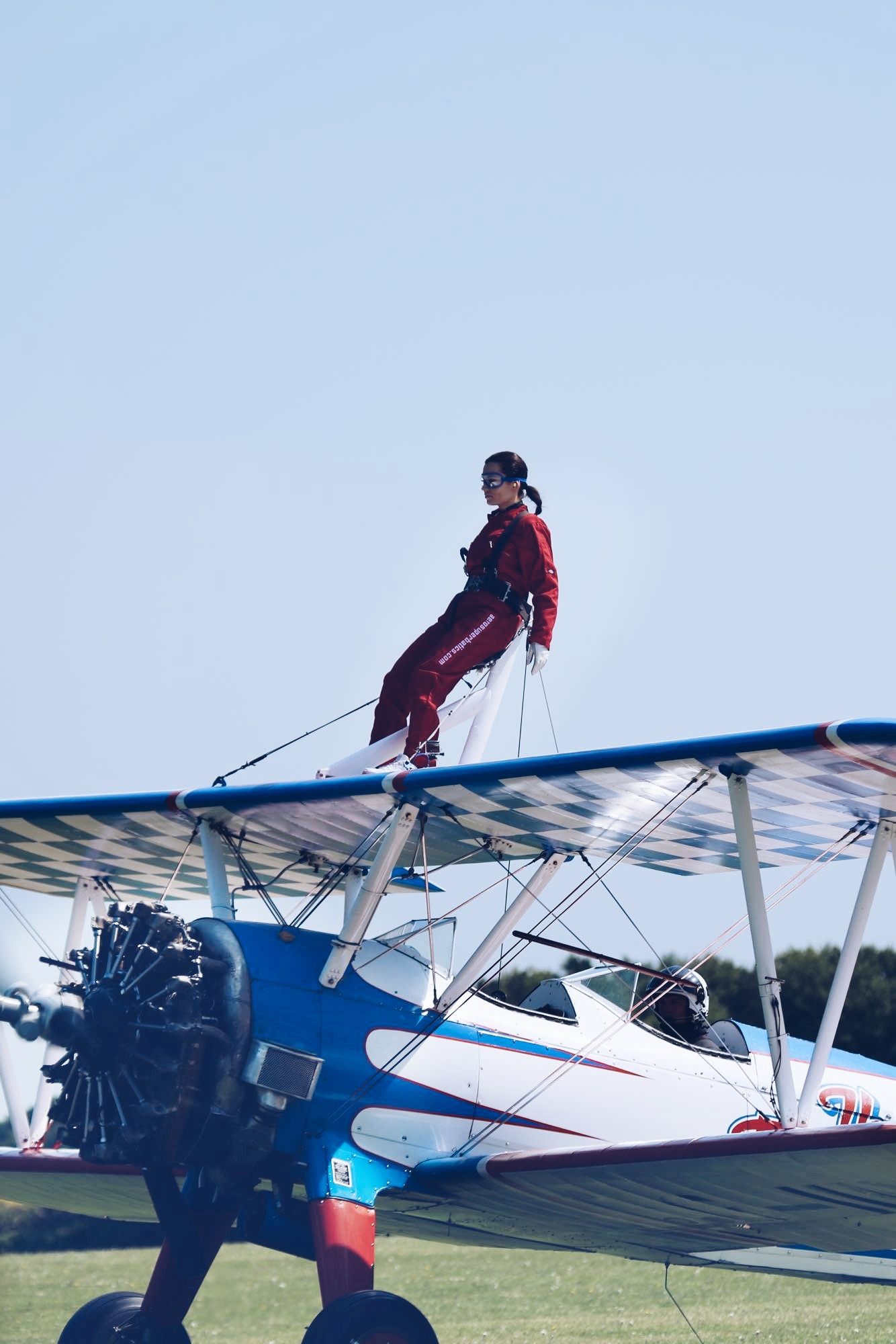 Next shots are of my already in the air, it was awesome and unreal, I loved the turning points and not just flying straight. 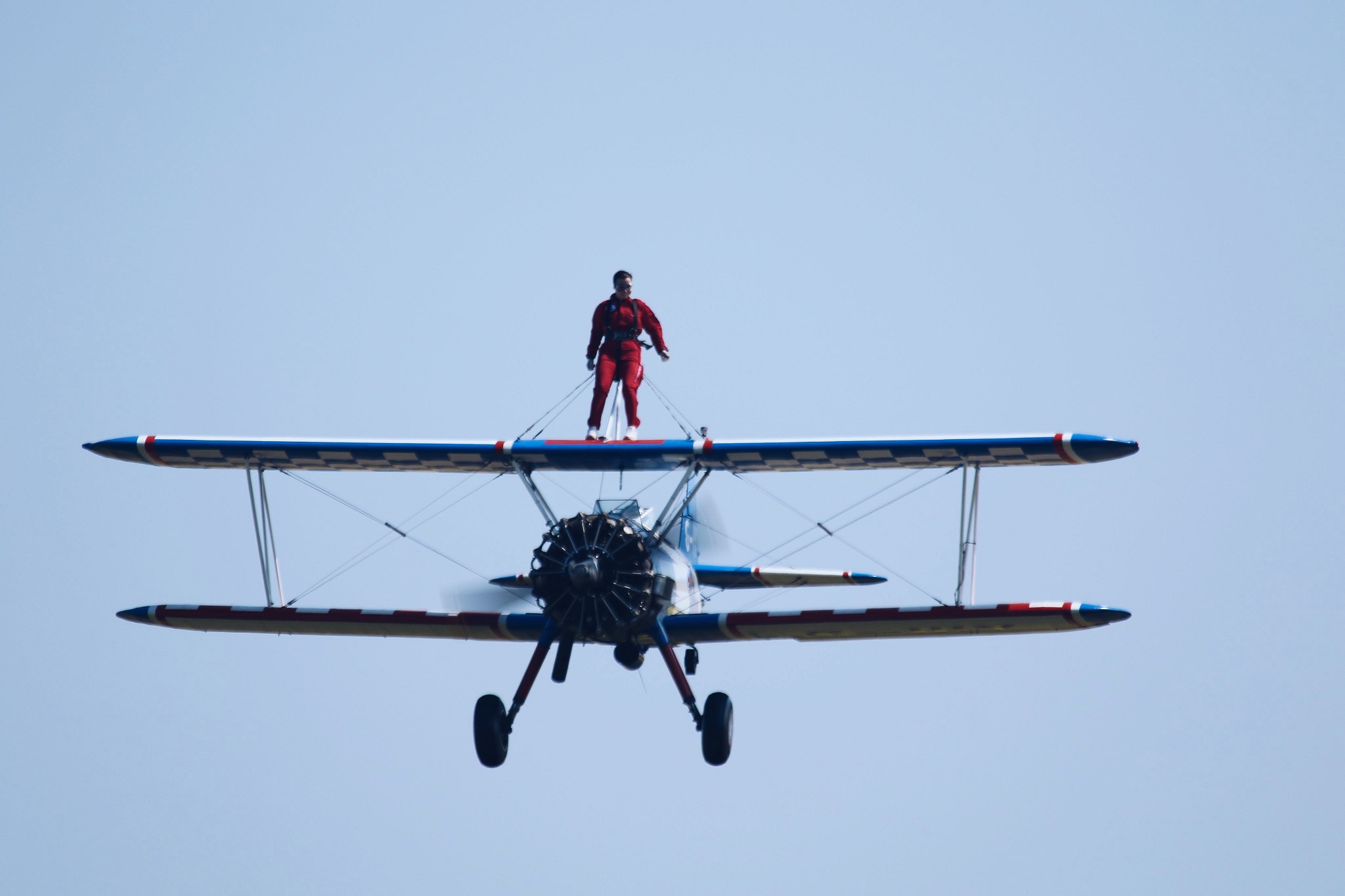 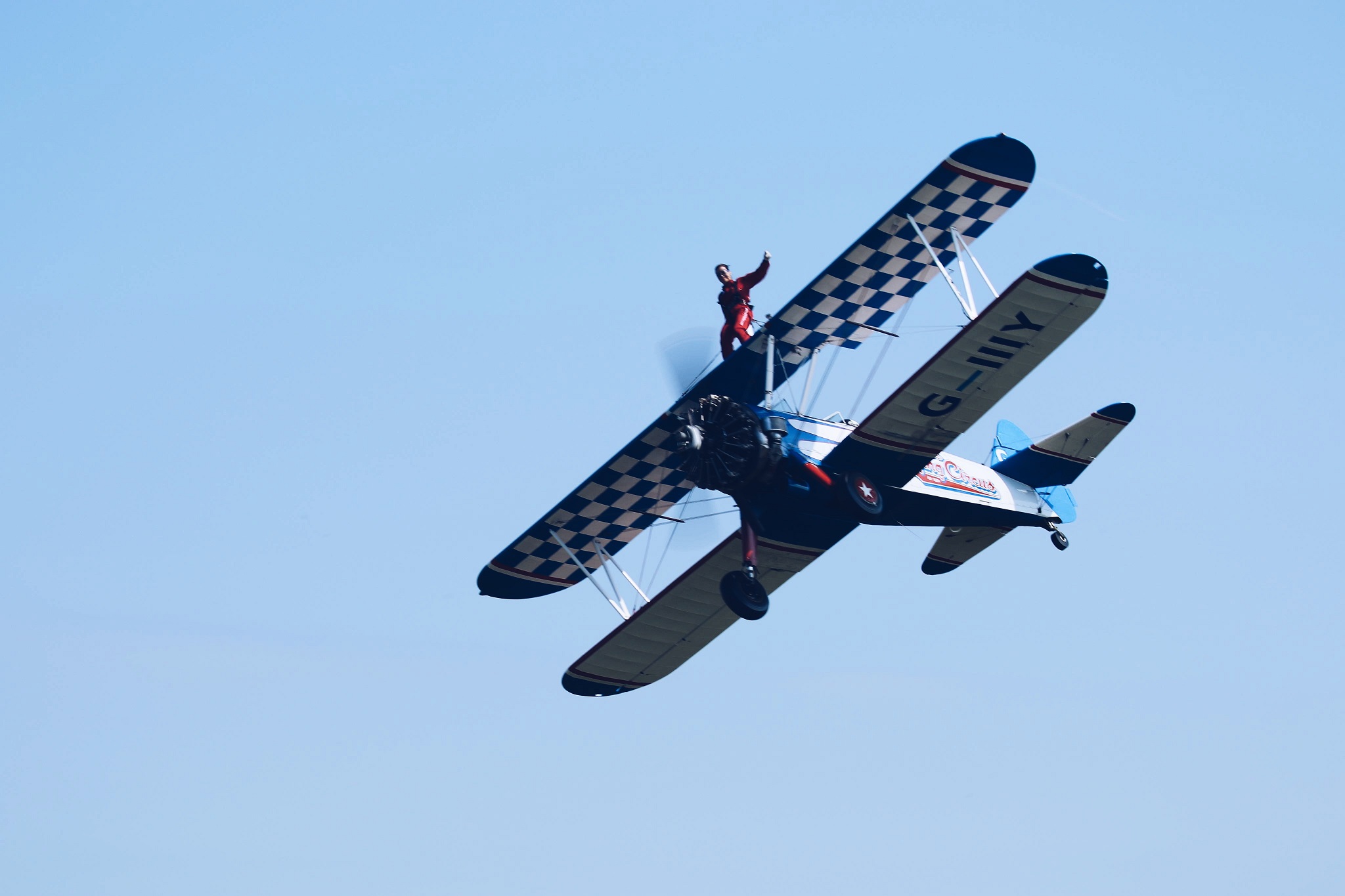 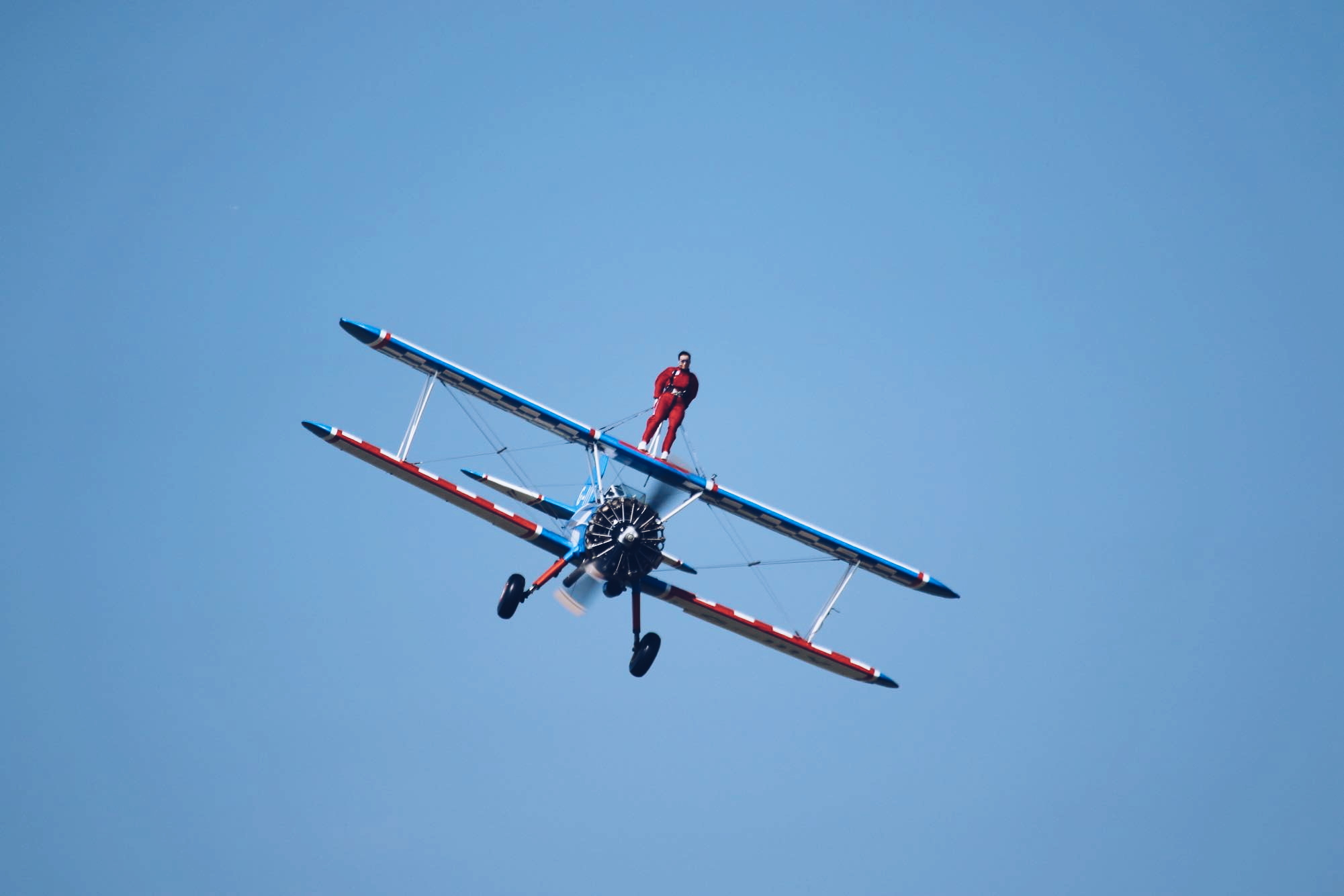 This is a shot right after getting down which says a lot, for example goggle lines and that I had long lashes on ha ha! I was also super excited but calm at the same time, this was both to do with the thought that it was scary and I did it, and also I was already in the future doing some other crazy things that wing walking just gave me the confidence for. 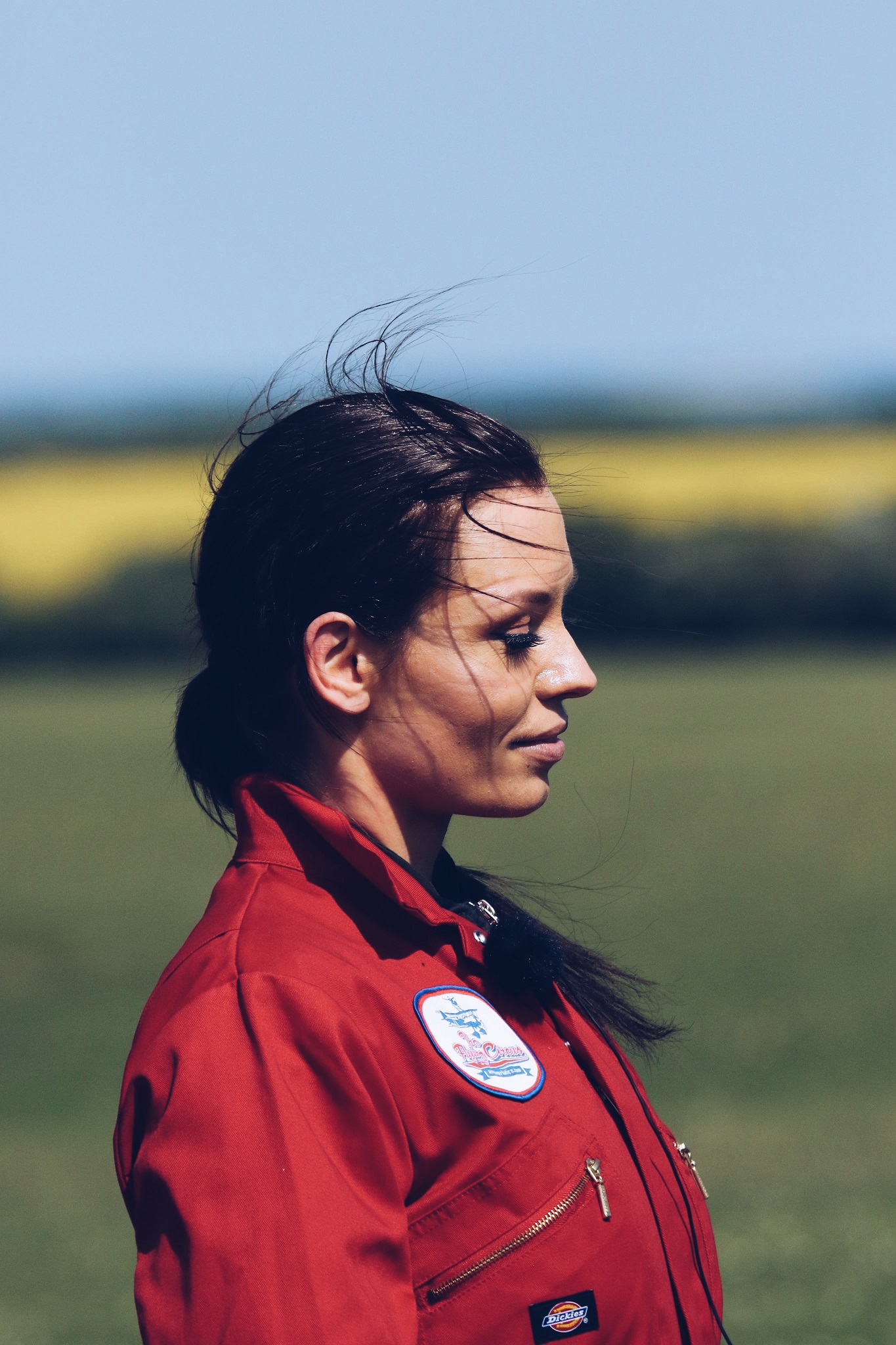