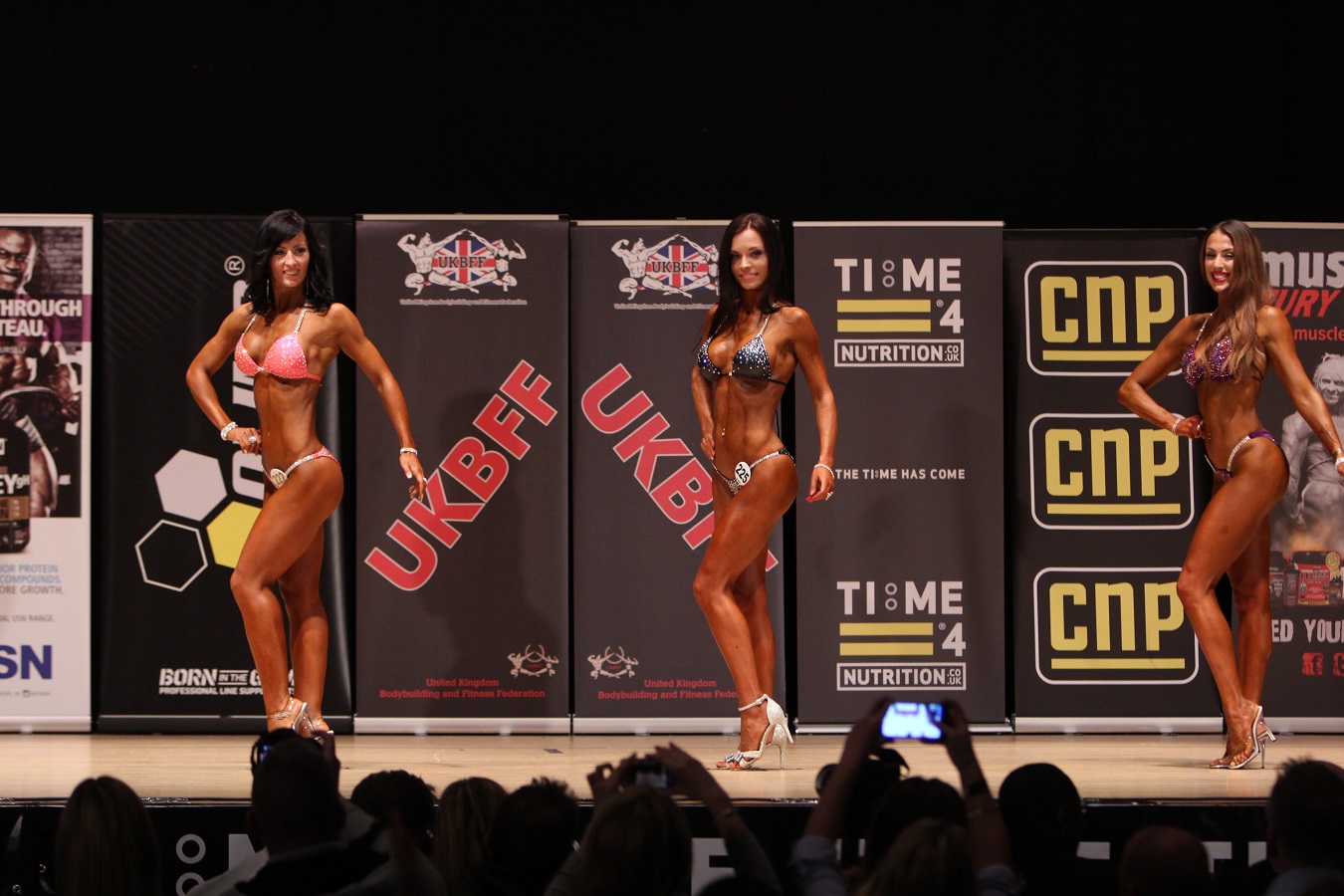 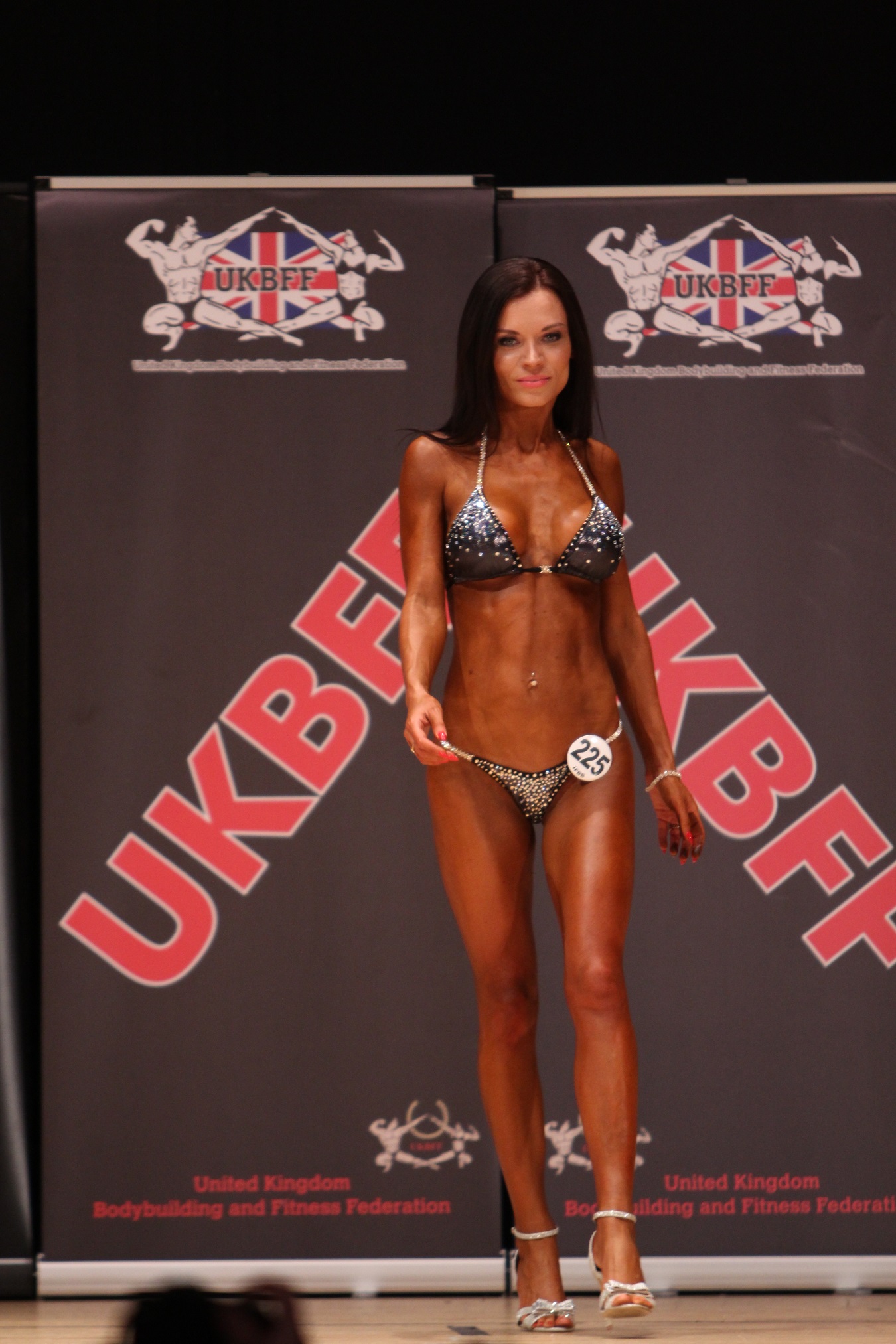 You are backstage, waiting in the line to go on the stage, the previous class has just gone off, applause, you know you are next. You see people in the audience from behind the curtain, there is a lot of them, the bright lights are on, the sound guys are standing near by, you see all the trophies waiting for the winners on the table, but most importantly everyone is waiting for you. Are you ready? Of course not, you can’t be ready for this, a mix of excitement and … perhaps shock. It seems the group started moving, you follow the girl in front of you, suddenly all of you are now on the stage, wow, after all those months of preparation, here we are 🙂 Everything feels so real, just like the day when I first tried 3D reality goggles, you are super mega awake, present in the moment, your senses are processing everything at such a high rate you feel amazed (like carb load day after zero carbs for days 😛 ). Judges are giving the commands, turn to the right, back pose, right again, front. You do it automatically, even though you feel so awake, the shock element is blocking some of the sounds, I didn’t hear once what judges were saying to  me, and I guess it explains why some of the girls are still smiling and posing when they were asked to come off the stage 🙂 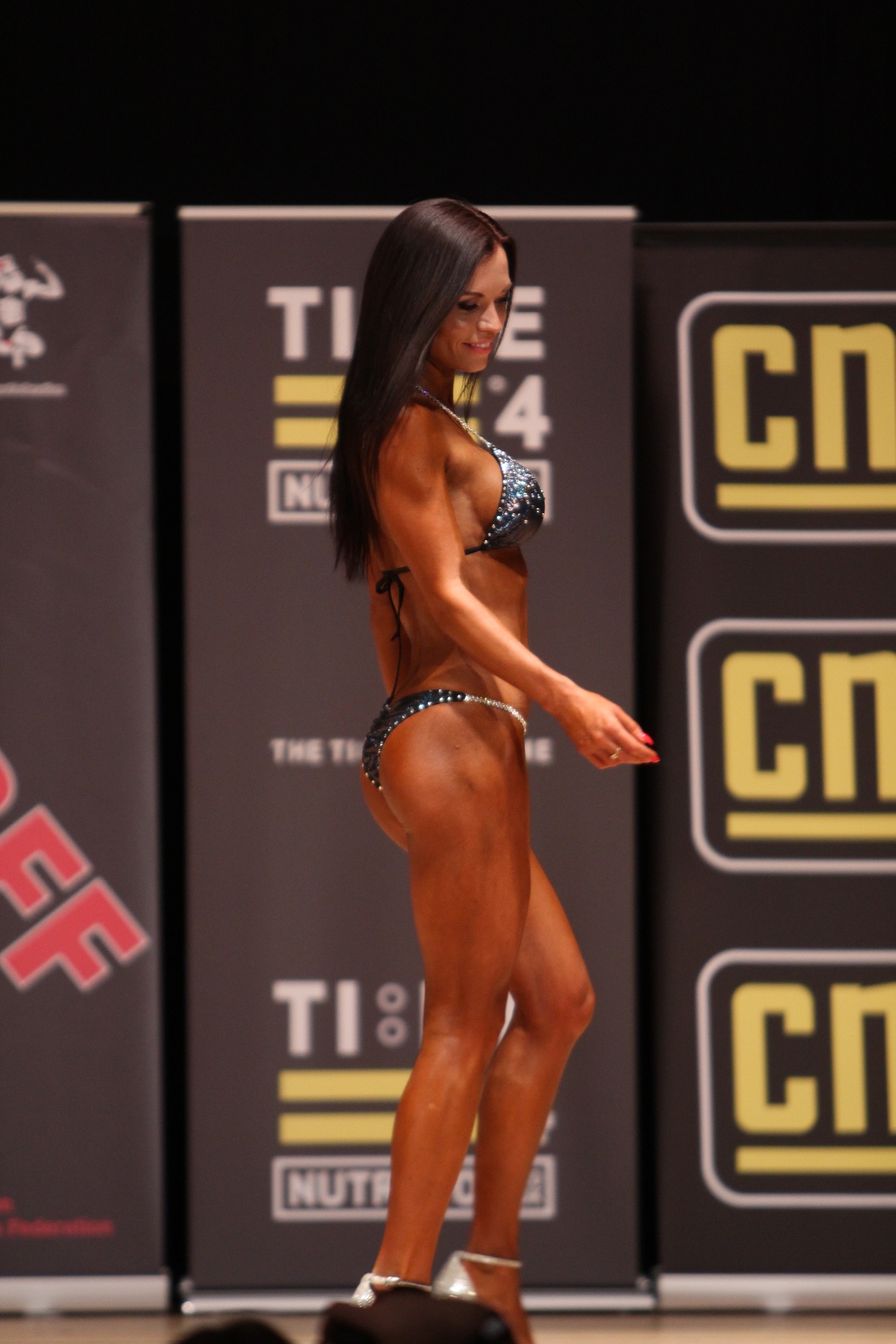 My friends helped me so much, telling me to smile all the time, they were sat close to the stage and focused their energy on showing me smiley faces and generally just making me laugh. Love them. As a group we are called few times to walk that way, pose etc, we stood in the line finally and everyone got a medal. I really think that was lovely. This is before the winner is announced 🙂 We are then told girls you can relax, the judging is done, and for a second everyone relaxes and smiles more naturally 😀 We then wave and go backstage. Wow we did it, everyone is super excited, and says wow it was so scary, so cool, etc, just lots of positive emotions. No one seems to think that in few minutes or seconds (I don’t even know now as it all seemed like seconds back then) the top 3 girls will be announced to go back on stage. This is finals. T-walk. From those top 3, at least 1 or 2 will go to the British Championships in October, a dream!

I hear they call number 225 and say to myself, hold on I think I had a ‘5’ in my number? I look down and read it loud to myself ‘two, two, five’, OK that’s me, wtf, how?!! I think Monika went first and then I followed, some girls previously confused me saying the walk is done from T to I (the way you follow the stage and pose), so I was looking from behind the curtain trying to quickly memorise what I need to do …. When I started my T-walk I gave my friends a big grin, lol, they were the ones saying I will make it to the finals, and I was oh no you are crazy etc. So I had a wide smile as I walked out as I knew they will be happy for me and will continue to cheer me up, they were showing me smiling gestures from the audience all the time, it helped so much as because of all that stress I would have forgotten to smile completely. I think if you don’t believe in yourself, don’t underestimate a group of people (or that 1 person…) who will believe in you so much that it will be enough to help you accomplish anything.

When I was on the stage I think I didn’t do 1 back pose right (new this year – bodyweight on 1 leg), also I might have been going the wrong way as judges were saying something to me and I completely could not hear what. But eventually I made it to the side of the stage and stood next to Monika. When all 3 girls did T-Walk we were asked to come to the front, do standard posing again, walk to the back of the stage etc, then we stood at the back again and waited for the results. They start announcing from the 3rd place, Monika got called, then suddenly I’m thinking to myself, hold on I’m in top 3 but I’m not 3rd, so that means I’m 2nd or 1st, wait what? Lol 😀 Then they called my name, and I’m so happy like maybe … never … before, and Kim is probably even happier as this means only one thing – she is the winner!!  🙂 Then the judges say all 3 girls are going to the British Championships in Nottingham in October 2016. Is this really happening, because this is really my dream just coming true.

Then still in awe we walk backstage, it looks like circus after the evening show, make up and some bags everywhere, some lights are off, all the girls are already gone, I guess there was no reason for them to stay, just few people there finishing some stuff off, and us 3, so amazed that we forget to take a group photo together 😀 I was so happy that I wanted to cry, but I was actually that happy that I could not ha ha, so instead I just hugged one of the guys that was still there, hi you I hope to see you at the next show 🙂

After all this crazy and emotional day, my super friends and I went to Scoops to have waffles (mine of course M&Ms with white and milk chocolate sauce…heaven) and then for a meal, of course the trophy was standing proudly on the table! Just a final tip, you were on low carbs, so too much carbs is not a great idea, my pulse went mental in the evening, and it was like that for the rest of the week! 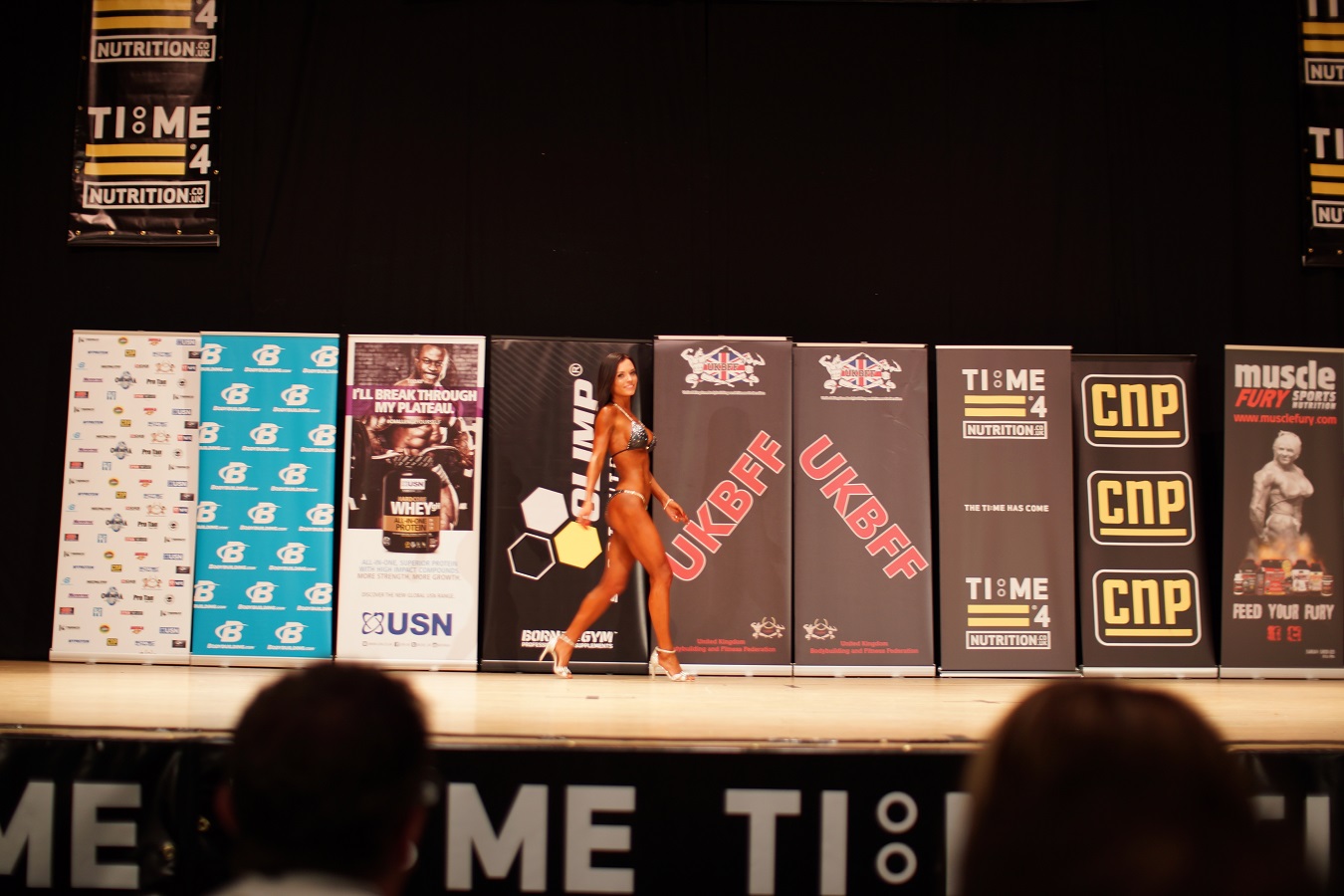 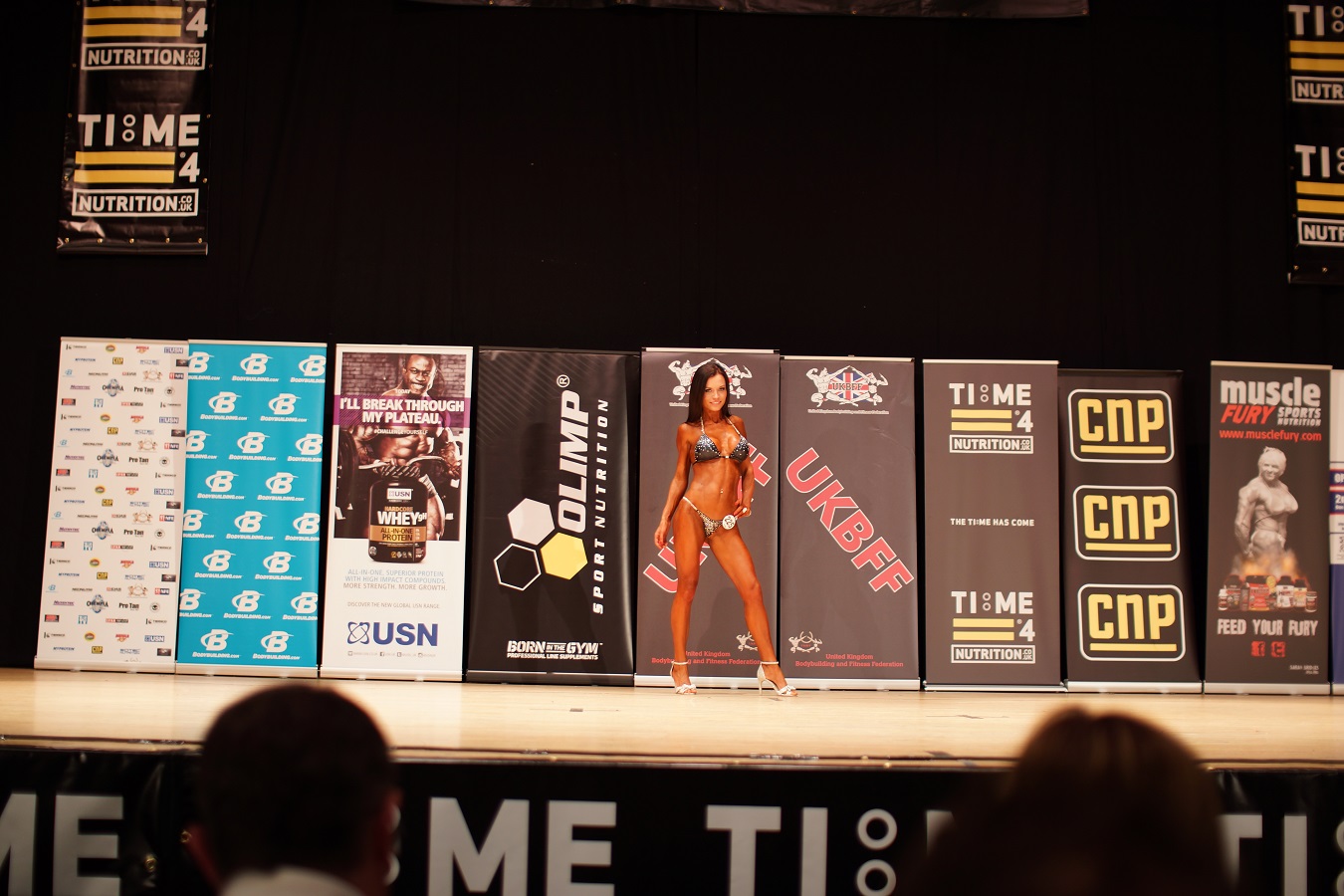 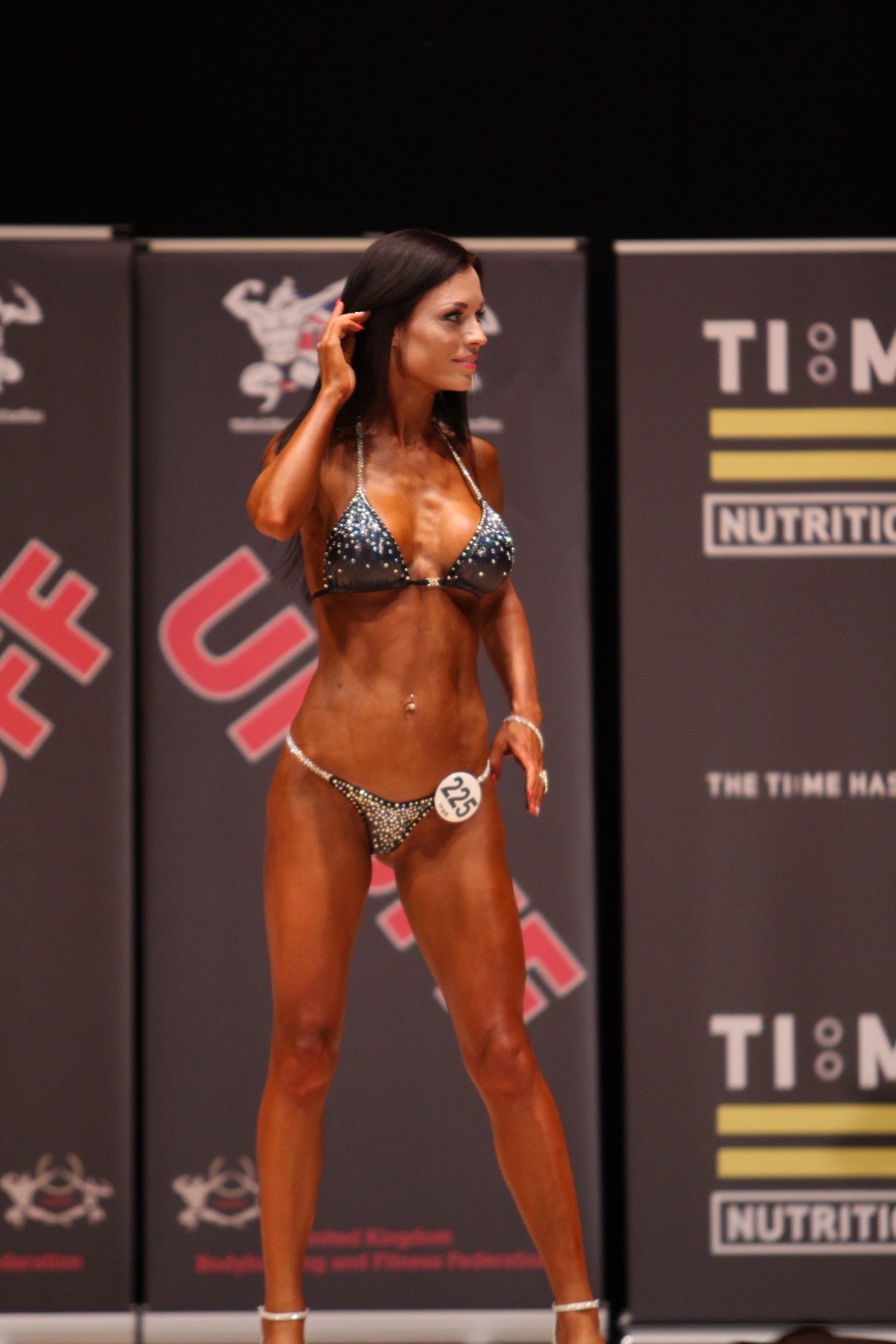 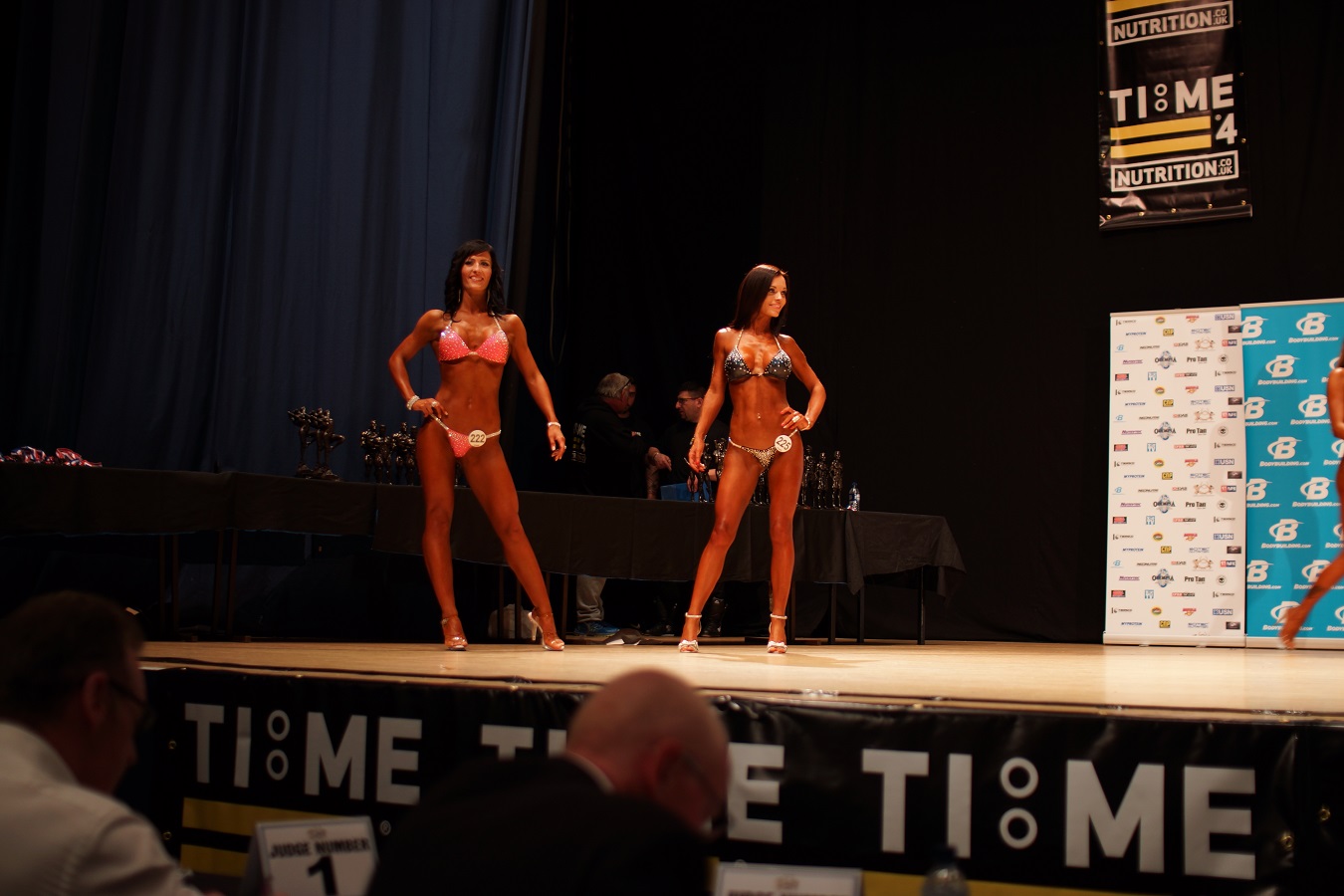 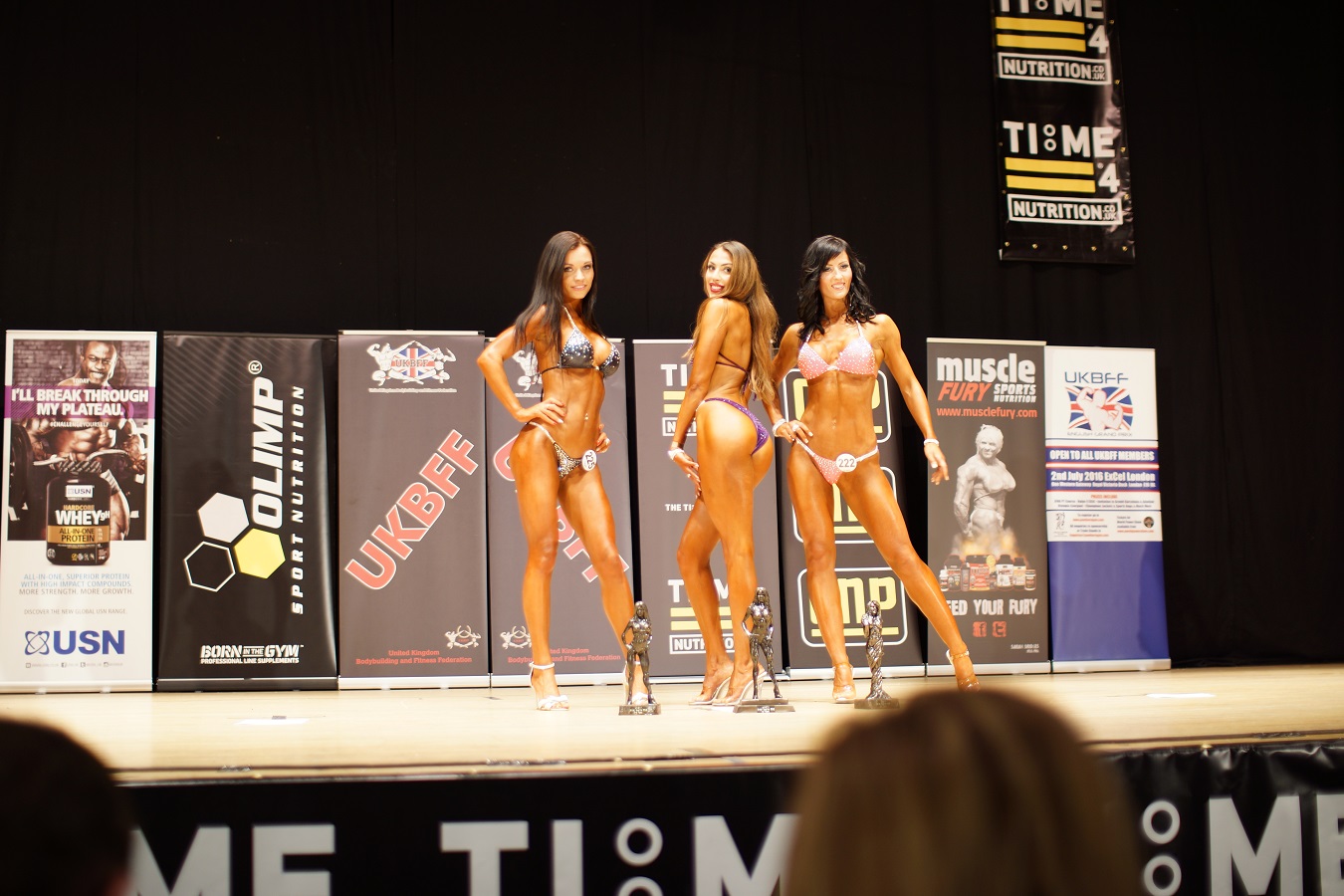 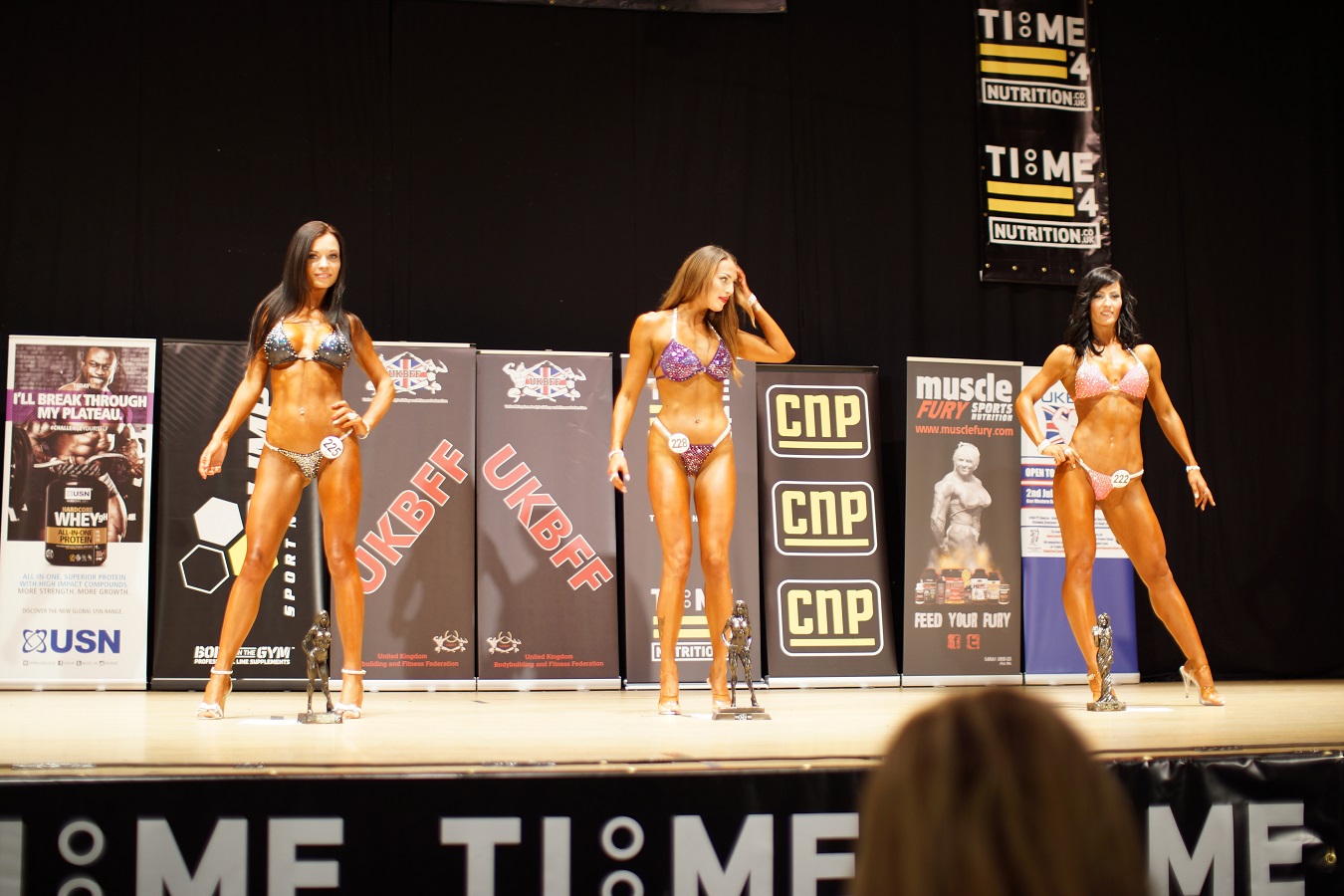