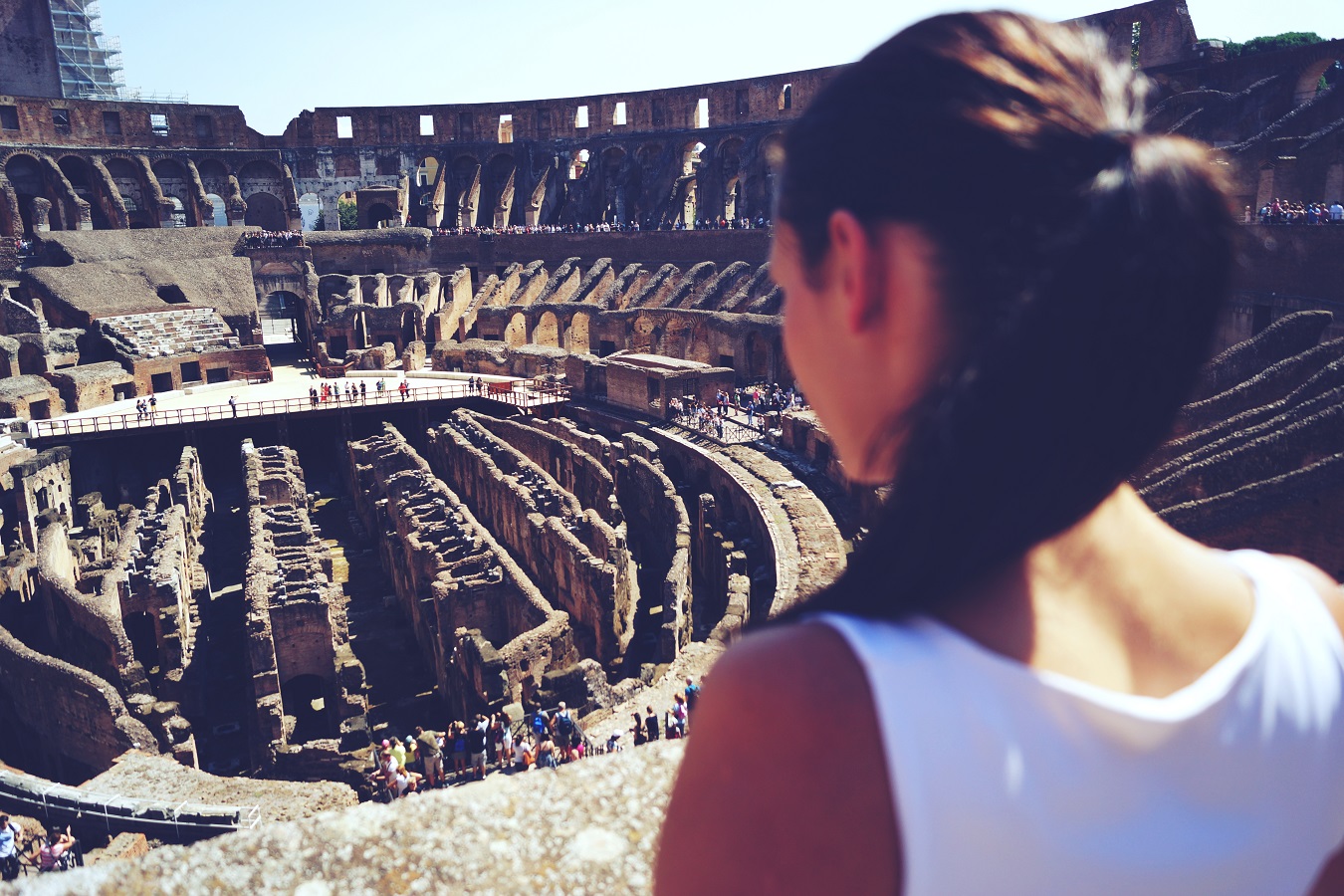 The story of how I got into bodybuilding.

(…)the show was in August, I thought …yay I can do this. We walked to the shop and I got 4 Cadbury cream eggs and ate them straight away 😛 😀 (…)

It took me 3 years from when I came up with idea of bodybuilding to actually do something about it. Usually a thought to do something just jumps in my head randomly, then I get excited about it for a while and without any specific plan (like the one I was referring to in my previous posts) the idea disappears.

I knew I wanted a super fit body and I told my friends that my NY resolution will be to do bodybuilding. I didn’t even know what that meant exactly, apart from building some muscles and maybe becoming stronger. I didn’t know anything about body shapes, lean gains, muscles, deadlifts, sets, reps, proteins etc. I always did some kind of exercise but nothing like this. The idea slowly faded away and I did not do much progress.

A year later I was walking by the beach with Mr B and suddenly thought I want to compete, where this came from? No idea! But all I remember it was Easter, so around April time, the show was in August, I thought …yay I can do this. We walked to the shop and I got 4 Cadbury cream eggs and ate them straight away 😛 😀

2. Then comes the plan & action

Mr B liked the idea (fit wifey yay) so we did some exercise in our garage gym, pull-ups, squats, but again no plan, and again the motivation faded away.

But…since then, the idea never left my thoughts, it kept coming back, and I attempted it 2 more times, had meal and a workout plan from online coach and what stopped me was operation and injury, each adding at least 4 months out of the gym. Because of lack of exercise I felt down and didn’t have energy but all this time, somewhere in the back of my head was this small voice saying ‘I still want this…’.

I tried again, thinking I can do Nov 2015 bodybuilding show, but then in September we went on this beautiful cruise on Queen Victoria. Cunard’s food is like from heaven. Although most of days I exercised at QV’s gym and I tried to eat clean, the desserts won. Sometimes I had even 4 at once. And then took some to my cabin for later. Desserts were outstanding, really, and available pretty much 24/7. However…

3. Then you have to admit your plan sucks. REVISE IT

I didn’t waste those 2 weeks on the cruise 🙂 Every day I would sit on the deck, watch sunrise, think, challenge what I thought, made plans, change them to be a bit more perfect each day. The places we visited were inspiration to me, Rome and Olympia – the fitness inspiration, Monacco – luxury and fashion inspiration, Santorini – magical inspiration.

My plan needed serious revision, of course it didn’t work very well, the sooner I admitted it the better it would have been for me, for example now lack of progress and motivation is a red flag to me. A plan needs at least a reason, what exactly you want to do, why you really want to do it and then how. What and why don’t change, but how should be revised – does it work, can you see progress, even small one? Then you should be OK.

My ‘what to change?’ was fitness lifestyle (bodybuilding), my reasons for this, i.e. my ‘why?’ included: At least once in my life I want to see what my body is capable of. Without exercise I felt purposeless and I felt down. I did not want to waste anymore days feeling like that. I wanted to be great, achieve something that felt right to me and what made me smile, and gradually this become more important to me than cream eggs. So that’s how I started bodybuilding – I just wanted it more than my current lifestyle. For you this could be something else, maybe you are actually happy in the lifestyle you have, maybe you don’t need diet, new degree or new house, just be honest, do what you enjoy doing, what feels right and not what you think is a right thing to do, just because TV or your parents, friends, grandma or dog say so.

However as I write this is just After 2016 Easter time and Cadbury I must tell you this was a big test to my willpower, I crave cream eggs soooo much 😀 😛

Ps. Why am I referring to Rome in bodybuilding post. ep Rome was ‘a bit’ wild but apart from that it fascinated me, the fashion aspect, architecture, myths, wars and gladiator fights. When we went to Colosseum I listened to all the stories while holding my breath so I didn’t miss any information. What you see below is arena where gladiators used to fight. Most of the floor is gone so what I’m looking at are cells where gladiators and wild animals were kept. Now imagine how hot it is in Rome. 40 degrees or higher? And you are there underneath the floor, pitch black, hot as hell, everybody screams, animals are pretty loud too, not to mention the smell, and you’re just there waiting for your fight, or death. Only elite survived, and quickly they have realised that ‘fitness’ was they way out. They were like half gods that everyone was admiring, they were selling their hair and sweat in little bottles, yuck, but they knew if they fought well then the freedom was around the corner. I liked that, no matter how hard the situation was, when they focused on the final goal, they could get through anything. The tunnel vision.

And Olympia… hmmm this was a different place that we visited, in Greece, it is where first Olympic Games were held, and that was from 8th century BC. It is a sanctuary with lots of ruins, temples, stadium, training place. It’s very quiet there so you can let your imagination go, imagine all those athletes, with amazing physiques, training and competing there :)) (wearing their funny clothes, oh no oops they were actually wearing no clothes…). Although what I did not like is that slaves and women were not allowed to look or take part in the games 😛 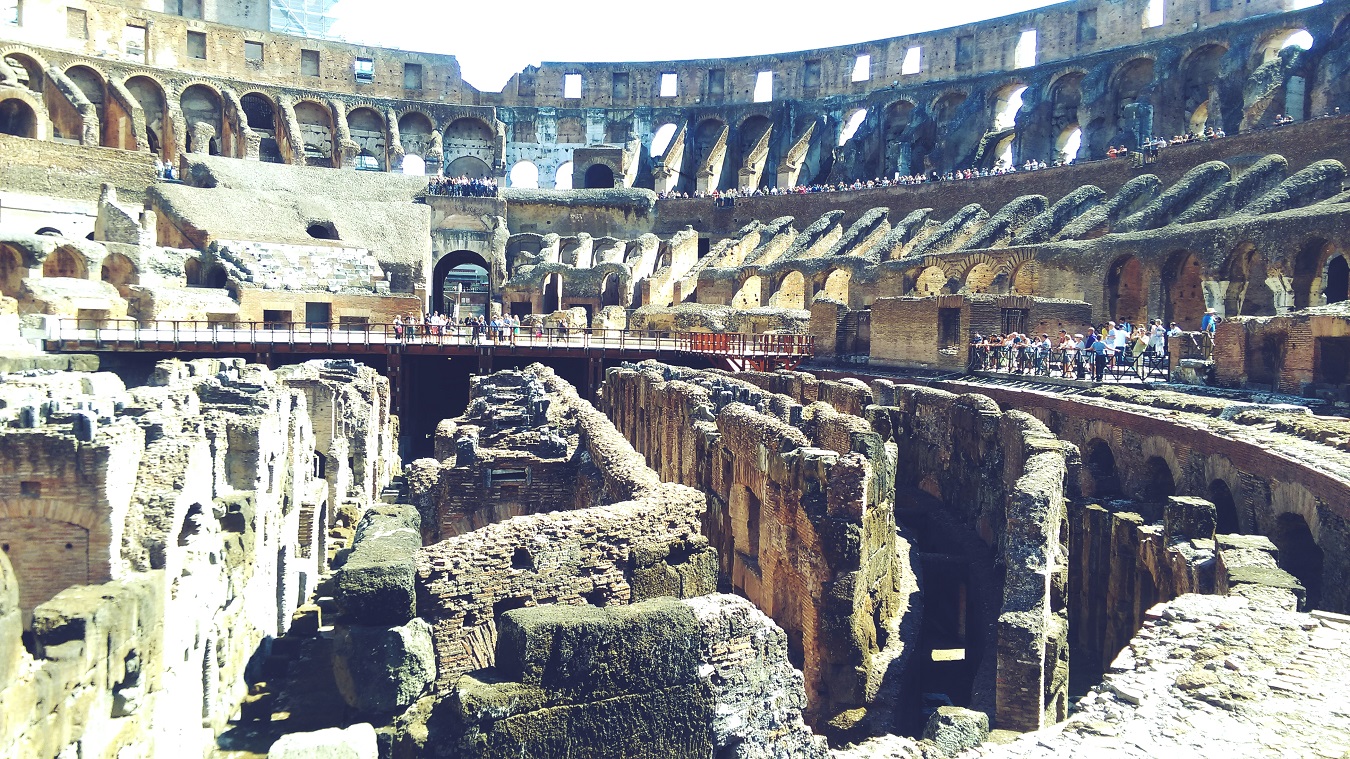 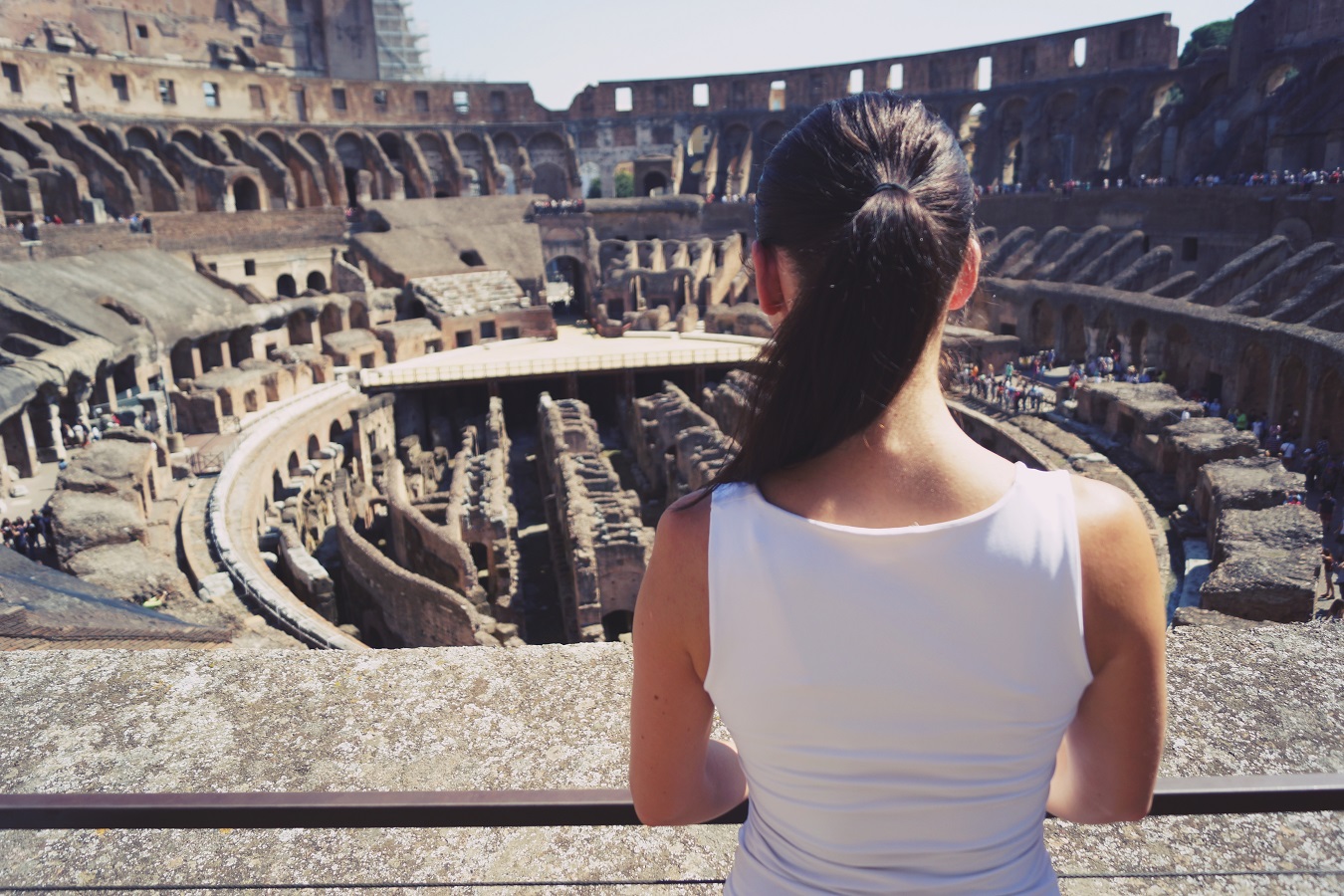 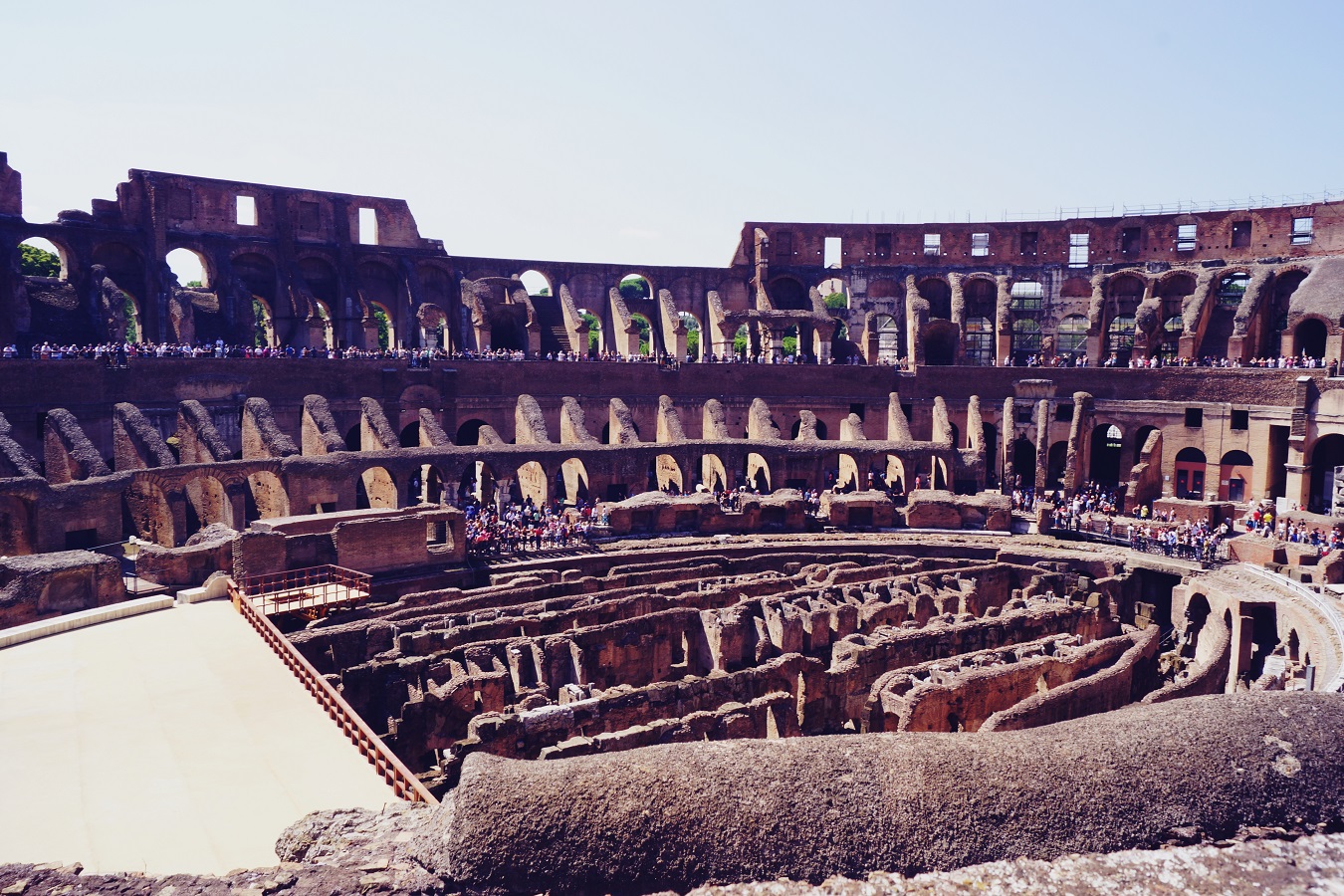 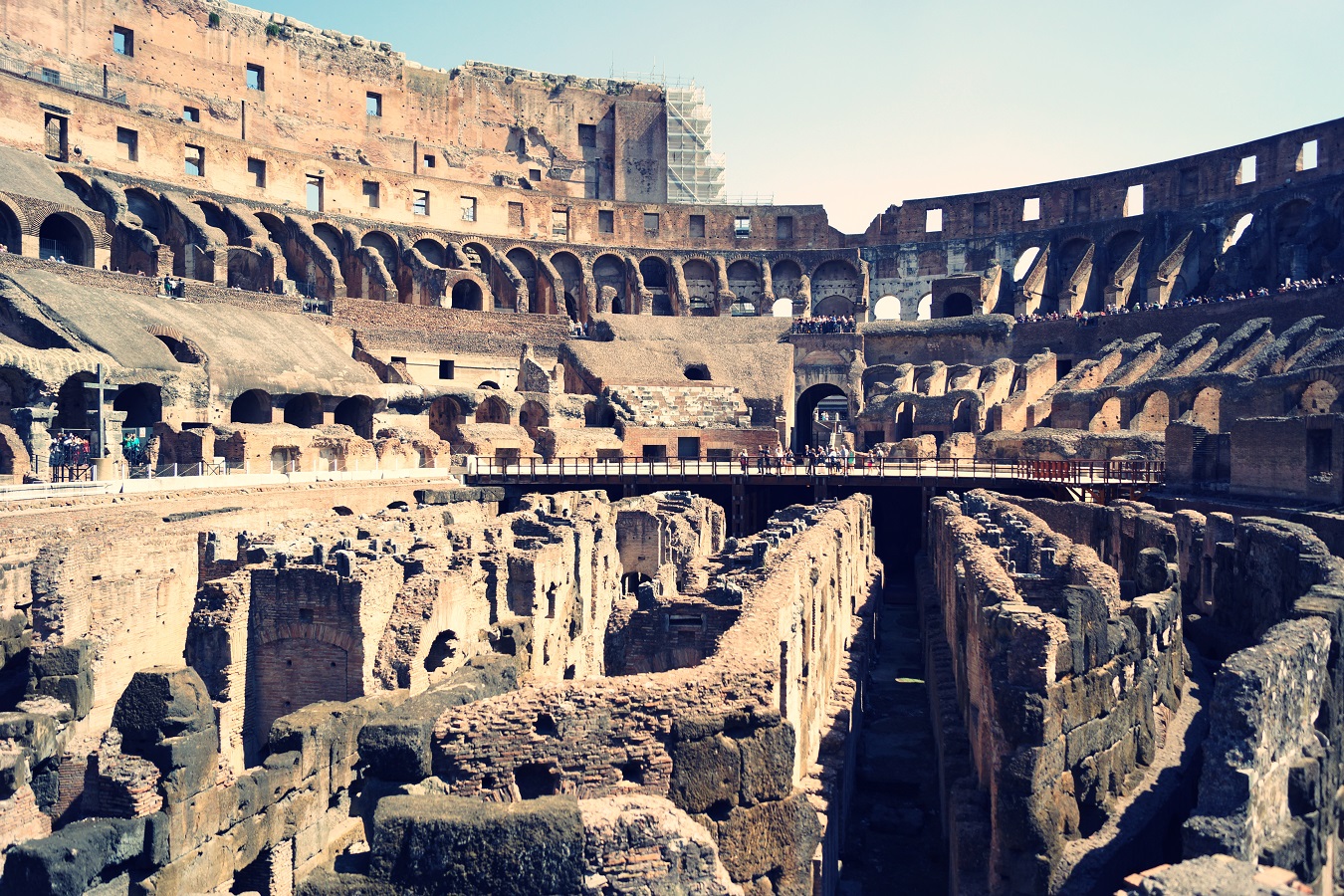